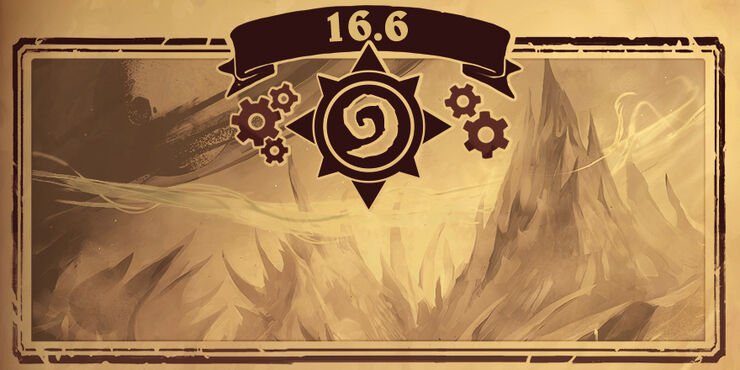 Patch 16.6.0.43246 is a Hearthstone patch released on March 17th, 2020. It is a large patch, adding Kael'thas Sunstrider and Lady Vashj to the game, reverting the nerfs of Sludge Slurper and four Wild format cards, and adding many large changes to Battlegrounds.

No longer stops casting when he leaves the board.

[Passive] After you sell a Murloc, add a random Murloc to Bob's Tavern. (of the same Tavern Tier or lower).

[Passive] At the start of the game, Discover a Hero Power.

[Cost 1] Give a friendly minion +10 Attack for the next combat only (targeted).

[Cost 1] Start of Combat: Give your rightmost minion Reborn. → [Cost 1] Give a friendly minion Reborn for next combat only (targeted).