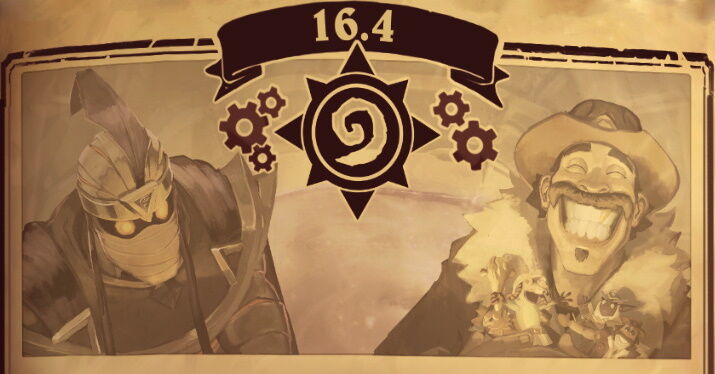 Patch 16.4.0.42174 is a Hearthstone patch released on February 26th, 2020. It is a large patch, adding major updates to Battlegrounds as well as returning Khadgar to the store and adding a new card back for owning him.

We're adding Dragons as a new minion type to Battlegrounds! Galakrond and Reno Jackson, who recently spread his scaly wings for the first time as the mighty Renegos in Galakrond's Awakening, will join the five original Dragon Aspects as new Heroes!

18 new minions will be added alongside them, 12 of which will be the new Dragon minion type. All but two of these minions are new to Hearthstone altogether, exclusive to Battlegrounds!

Dev Insight: Tavern Tier 6 has a lot of exciting minions and we'd like players to have more of an opportunity to reach it than they have. We're also trying to make Tavern Tier 6 more interesting by adding some of these powerful new minions.

Dev Insight: We'd like to go back to the drawing board on Professor Putricide. We're going to disable him for now to make way for our new Heroes, but you'll likely see him return in the future with some changes.

Dev Insight: We're removing some minions to help make room for the new minions. We also want to balance out the minion pool a bit. For example, there were way more Mechs in Battlegrounds than any other minion type. We're also removing some of the minions that aren't performing very well and ones that have generally been less exciting to play with.

Starting March 4, the Arena will include cards from the following sets: