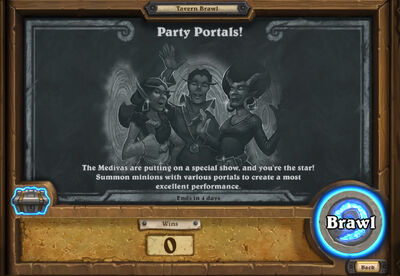 "The Medivas are putting on a special show, and you're the star! Summon minions with various portals to create a most excellent performance."

Themed around One Night in Karazhan, the Brawl serves as a kind of belated launch celebration for the adventure, debuting the day before the release of its final wing. All matches are played on the Karazhan battlefield.

Additionally, Party Portals! was one of nine Tavern Brawls featured as part of the 100th Brawl, A Cavalcade of Brawls!. Its mechanics were used by the shaman class.

This Brawl sees both players playing as Medivh, with randomized decks consisting entirely of various "Portal" cards. Each player also starts the game with a special permanent Karazhan-themed minion on their side of the battlefield (either Mark Moonwalker, Susie Sizzlesong or Wanda Wonderhooves), reducing the cost of Portals by 1. 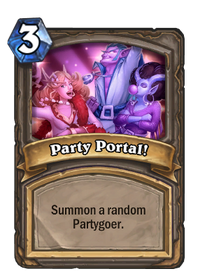 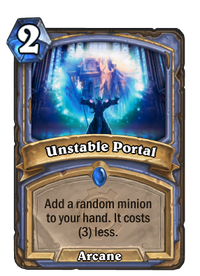 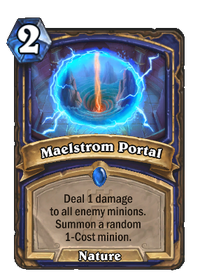 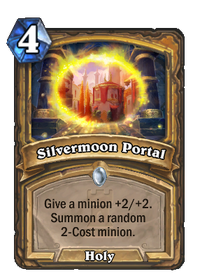 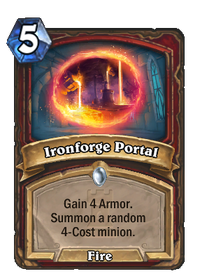 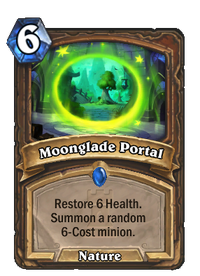 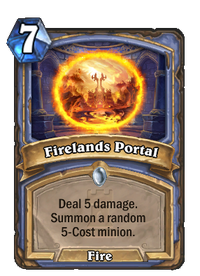 The following minions may be randomly summoned by the Party Portal! card. The minions are summoned individually, however if a Party Elemental is summoned, it will in turn summon 2 x Party Elemental. 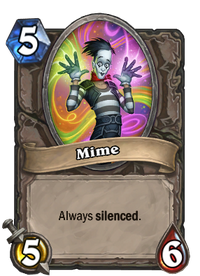 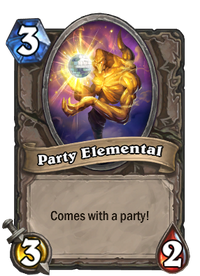 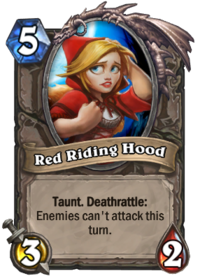 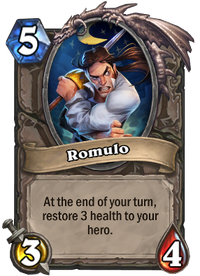 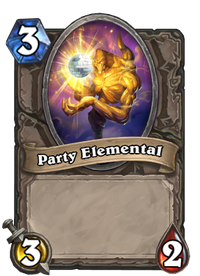 At the beginning of the Brawl, one of these cards is added randomly to each player's battlefield. The cards are permanents, which have no stats, do not count as minions for any card text purposes (such as Cyclopian Horror), and are Immune. They cannot be targeted with spells and are not affected by any effects, but do occupy space on the board, limiting players to 6 minions each. 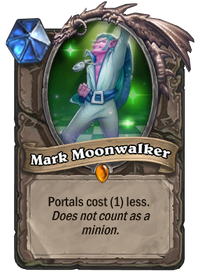 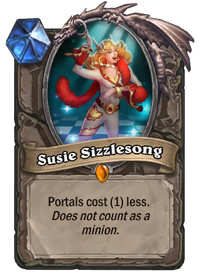 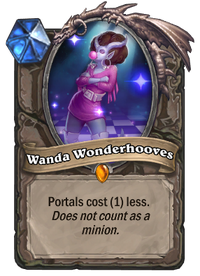 As of September 2016, after the introduction of all cards from the adventure One Night in Karazhan, some of the best minions to summon onto the field from portals for this particular Tavern Brawl include:

In contrast, some of the worst minions to summon onto the field from portals for this Tavern Brawl include:

1/1 minions that depend from their ability, Northshire Cleric, among others.

Eerie Statue, Summoning Portal, and Faceless Shambler, among others.

Corrupted Seer and Moat Lurker, among others.

Each of the Medivas comes with a number of quotes, triggered by various game events, but mostly by the summoning of certain minions. The full list of quotes is provided from the game strings, but the list of matching triggers-to-quotes is currently a work in progress, and may never be finished due to the range of possible minions summoned by Unstable Portal.

It is also possible that triggers occur semi-randomly, having a small chance of activating whenever the trigger condition is met. For example, when a Stealth minion is summoned, a certain probability may exist for the voiceover event "Spooky dark!" to be triggered if Mark Moonwalker is on the board.

My man got pets!

In response to Wanda sneezing

Main article: One Night in Karazhan#Lore

This Brawl appears to take place at the party immediately following the conclusion of One Night in Karazhan. The three Medivas can be seen in the trailer for the adventure, serving as backing singers for Medivh.