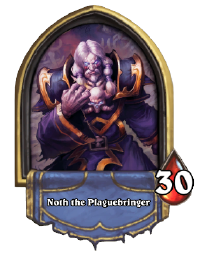 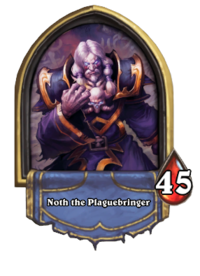 Noth is the undisputed master of Undeath. Every minion is fodder for his creations.

Noth the Plaguebringer is a boss found in the Curse of Naxxramas adventure. He is the first boss of the adventure's second wing, the Plague Quarter. 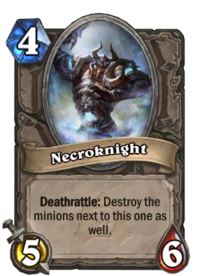 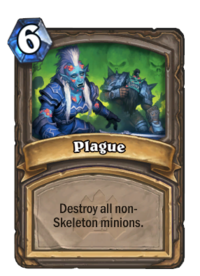 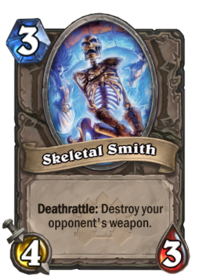 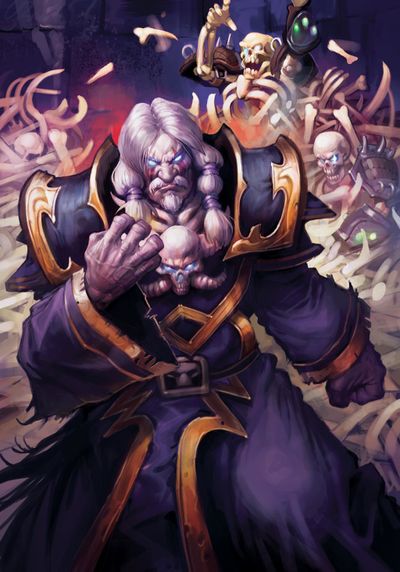 Obviously, since this boss turns your loss into his gain, one way to defeat him on Heroic is with a very late deck (one with expensive but durable minions) combined with a lot of damaging spells. A suggestion for preferred classes would be druid or mage. Remember that the Black Knight's battlecry will destroy your Taunt.

Alternatively, making use of a low-minion control deck such as Miracle rogue should give you an edge against his passive Hero Power. Do however be careful about running Assassin's Blade or keeping a weapon with Deadly Poison, due to the Skeletal Smith's Deathrattle. The boss starts with 45 Health making it a tighter fit for the Miracle deck. 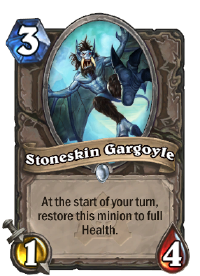 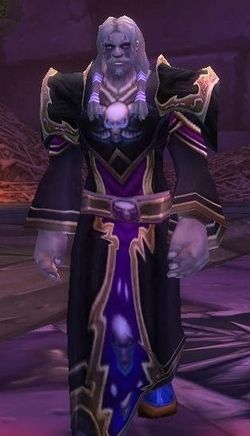 Noth the Plaguebringer in World of Warcraft

Noth the Plaguebringer
Another soul for the collection.

Noth the Plaguebringer
Rise, my soldiers! Rise and fight once more!

Noth the Plaguebringer
Breathe no more.

Noth the Plaguebringer
I will serve the master in death.
Kel'Thuzad
Poor Noth. This was just 'Noth' his day.

Noth the Plaguebringer was once a reputable mage of Dalaran, who heard the call of the Lich King in much the same way Kel'Thuzad did. Also driven by power, he accepted the summons to serve the needs of the Scourge with his skills in necromancy and curse-weaving. However, when Noth saw that the Third War was taking numerous innocent lives, he began second guessing his decision to join Kel'Thuzad. Kel'Thuzad swiftly dealt with Noth’s growing compassion by freezing the living heart in Noth’s chest.[1]

"Behold, Noth the Plaguebringer. Responsible for the creation of the process that distills the souls of the living and places them within the cold cage of undeath, Noth was observed to be refining this process even now."
- Commander Eligor Dawnbringer