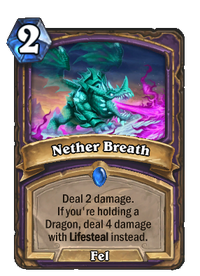 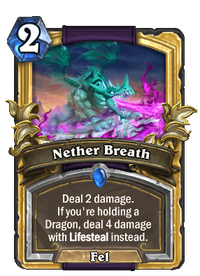 Deal 2 damage. If you're holding a Dragon, deal 4 damage with Lifesteal instead.

Nether Breath is a rare warlock spell card, from the Descent of Dragons set.

Without a Dragon in hand, Nether Breath is fairly inefficient, but with a Dragon, it becomes a powerful early-game removal tool that also gives a decent amount of healing. This card can be used well by Dragon-focused Control Warlock builds, using this card in tandem with minions like Twilight Drake, Big Ol' Whelp, and Crazed Netherwing to fend off early aggression and keep the board clear. Note that this card can target heroes, allowing it to also be used as burst damage for finishing off opponents in the same vein as Soulfire. 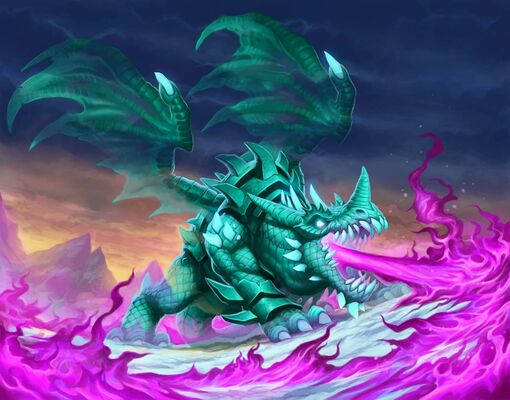