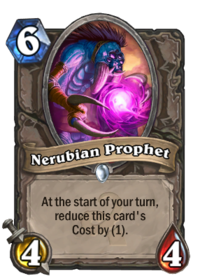 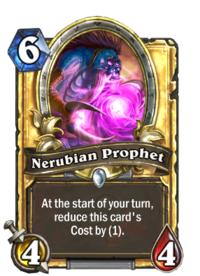 At the start of your turn, reduce this card's Cost by (1).

Nerubian Prophet is a common neutral minion card, from the Whispers of the Old Gods set.

Nerubian Prophet can be obtained through Whispers of the Old Gods card packs bought through the ingame Shop, purchased online from the Battle.net shop, or through crafting.