These cards apply enchantments that double the Attack or Health of a minion.

Calculating the result of Gahz'rilla's effect in advance can be tricky. The basic rule for multiple enchantments or 'buffs' is that each is applied to the minion in the order in which they were granted. When a temporary enchantment is removed without removing other enchantments, the consequences of the enchantment stack are therefore recalculated. The one exception is aura buffs, which appear to be granted after all other enchantments have been applied, even if the aura was in place prior to the other buffs being gained.

Gahz'rilla's effect will therefore act upon any other enchantments that were applied beforehand, but not upon buffs which are applied afterwards,[1] and not upon any aura buffs.[2]

Gahz'rilla's triggered effect does include Attack granted by other enchantments, such as that of Defender of Argus. If a Gahz'rilla who has been buffed by a Defender of Argus to 7 Attack takes damage, its Attack will be increased to 14.

Gahz'rilla's buff works through doubling the amount of Attack produced by the combination of the minion's base Attack and any modifications provided by pre-existing buffs. This means that +Attack buffs granted after dealing damage to Gahz'rilla will not have their effects doubled.[1]

Gahz'rilla's triggered effect does not take into account Attack gained from auras, such as Timber Wolf or Raid Leader.[3] When the triggered effect is activated, Attack granted by auras will not be included, but the amount will still be applied on top of the Gahz'rilla's Attack once the doubling has occured. The basic rule for this appears to be that aura buffs are added to the minion's stats after all other effects. 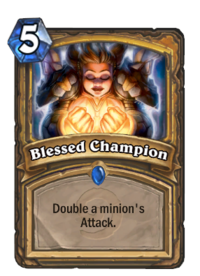 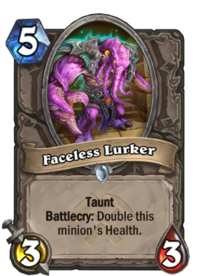 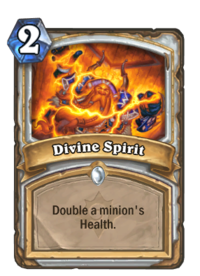 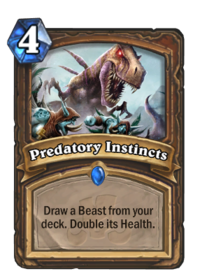 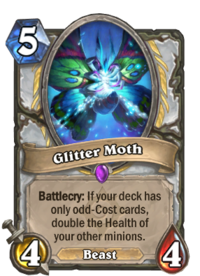 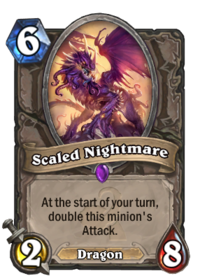 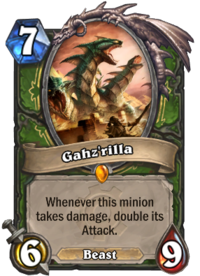 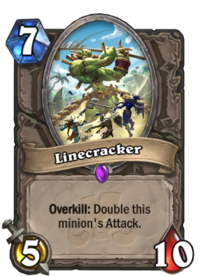 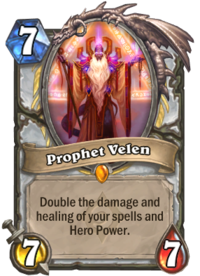 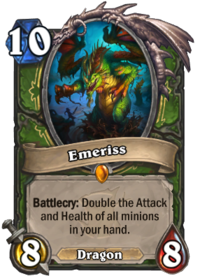