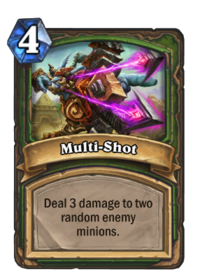 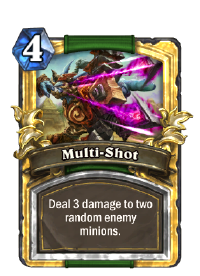 You see, it's all about throughput.

Multi-Shot is a hunter spell card, from the Basic set.

Two copies of Multi-Shot are automatically included in all players' collections upon unlocking the hunter class.

Two Golden copies of Multi-Shot are a reward for raising a hunter to levels 36 and 38.

Multi-Shot is uncraftable and cannot be crafted or disenchanted.

Multi-Shot is an area of effect (AoE) card with two caveats. Firstly, you cannot choose which targets to attack. Secondly, the two-target requirement makes it less versatile.

Similar to Cleave, Multi-Shot can be extremely effective for removing minions or lowering their Health to vulnerable levels. Ideally used against precisely two minions to guarantee the targets. It is effective against aggro decks and especially zoo decks, which feature multiple low-Health minions. Multi-Shot is effective at setting back the opponent's tempo, and if both minions are destroyed should provide card advantage, although its cost may exceed the summoning cost of the minions destroyed.

In World of Warcraft, Multi-Shot is a level 24 hunter ability that hits all enemies with 8 yards of the enemy target. 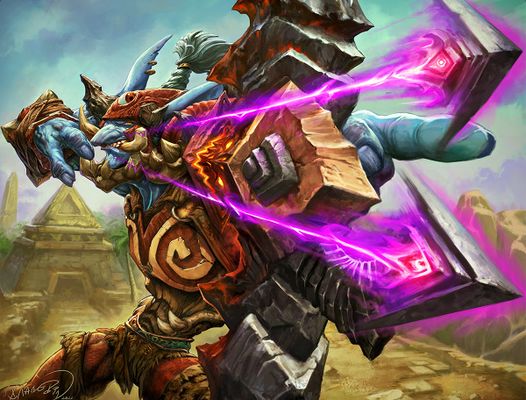