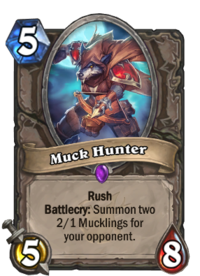 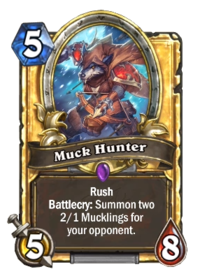 You think your job mucks.

Muck Hunter is an epic neutral minion card, from the The Witchwood set. 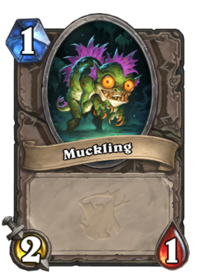 Muck Hunter can clear out a medium sized minion immediately, for the tradeoff of two minons on your opponent's board. As such, Muck Hunter can really shine when combined with small Area of effect abilities to clear out the downside.

Warrior and Warlock have good ways of clearing out the 2/1 minions, with an abundance of board clear effects.

Summon
There's a price on your head.
Attack
You're wanted!