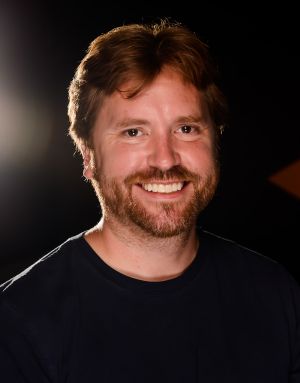 Matt Place is a Senior Game Designer and member of Team 5.[1][2]

Place joined the team "about a year" prior to December 2016, having previously worked on the World of Warcraft Trading Card Game.[3]

As senior game designer for Blizzard Entertainment's Hearthstone: Heroes of Warcraft, Matt Place works on numerous aspects of the initial designs, building the foundation for the digital card game’s expansions and Adventures, designing missions, mechanics, and applying flavor where needed. He also coordinates with the rest of the team to ensure a consistent vision for upcoming content. He served as lead designer on Mean Streets of Gadgetzan. Place joined the Hearthstone team in 2016 in his current role. He brought 13 years of experience in card game design to the team, including his work on the World of Warcraft trading card game.

Place is a new-ish father who enjoys spending his free time raising a future Blizzard fan.[4]