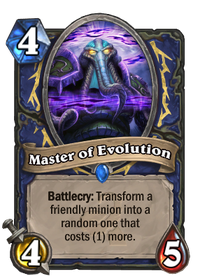 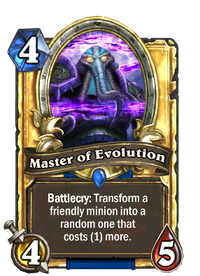 Battlecry: Transform a friendly minion into a random one that costs (1) more.

Will be really useful in the new "Hearthémon" game.

Master of Evolution is a rare shaman minion card, from the Whispers of the Old Gods set.

Master of Evolution can be obtained through Whispers of the Old Gods card packs, or through crafting.

This minion is a faceless one. 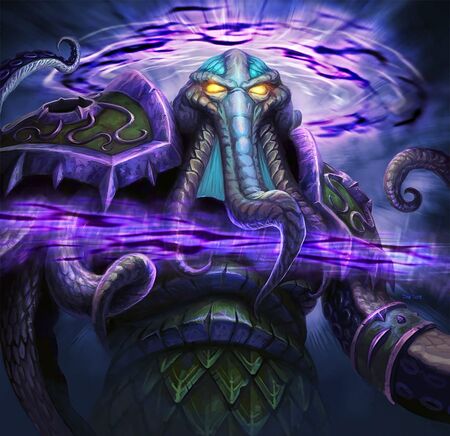