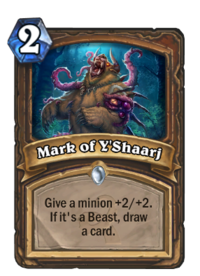 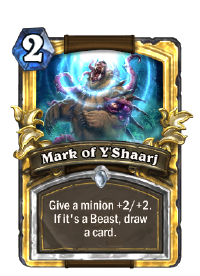 Mark of Y'Shaarj is a common druid spell card, from the Whispers of the Old Gods set.

Mark of Y'Shaarj can be obtained through Whispers of the Old Gods card packs, or through crafting.

This adds another touch of Beast-synergy to the druid class, alongside cards like Druid of the Fang, Wildwalker and Knight of the Wild.

This spells appears to corrupt the target with the influence of Y'Shaarj, granting them unnatural strength... and tentacles.

What Druid minion wouldn’t want to be branded by the most powerful Old God OF ALL TIME?! Y’Shaarj can’t wait to unveil its Spring collection. Beauty is pain, but at least they’ll look really, really, really ridiculously evil looking in this tasteful ensemble of eyeballs and tentacles. Unbearably fetching![1] 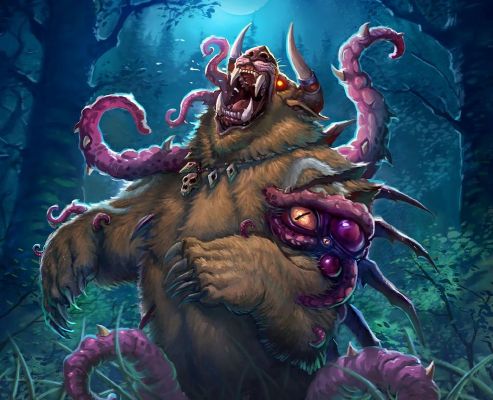