Maloriak's experiments never work out as planned, but that doesn't mean they aren't still deadly!

Maloriak is a boss encounter found in the Blackrock Mountain adventure. It is the second encounter of the adventure's fifth wing, Hidden Laboratory. 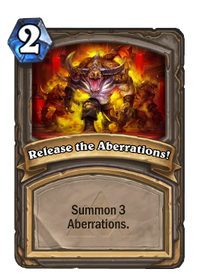 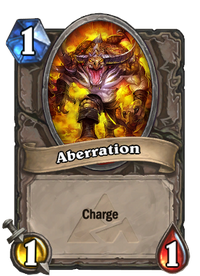 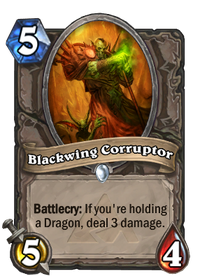 Nefarian
Maloriak is not the sharpest poleaxe in the garrison.

Maloriak
There can be no disruptions.

Maloriak
Nothing goes to waste!

Maloriak
My failings will be your downfall!

Maloriak
Aaaaaaaahhhhh!
Nefarian
Congratulations. What an amaaaaaazing achievement.
I think I will make up a new name for you, to commemorate this moment.
Slayer of Stupid, Incompetent and Disappointing Minions. Yes, that fits.

Poor Maloriak. Turns out that Nefarian’s attempt to fuse the power of a dragonkin with the brilliant mind of an alchemist resulted in a stupid, incompetent, and disappointing minion. Despite his deficiencies (by admittedly unrealistic dragon standards), Maloriak’s crazed alchemical concoctions make him a most noxious foe.[2]

"There can be no disruptions! Mustn't keep the master waiting, mustn't fail again!"

Maloriak is a boss in Blackwing Descent who can be found in the Fleshrender's Workshop, off to the east of the Vault of the Shadowflame.

The human Malory was a bright young alchemist until he was kidnapped by Nefarian and fused with the corpse of a dragonspawn. The result - Maloriak - is a bumbling minion who possesses only a dull of his former intelligence.