Magnetic
Play this to the left of a Mech to fuse them together! 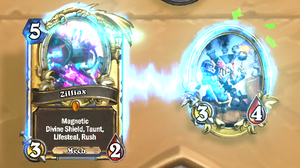 A minion being Magnetized.

Magnetic is an ability exclusive to certain Mech minions which allows multiple minions to be merged together. Playing a Magnetic minion to the left of an existing Mech will automatically cause the Magnetic mech to become an enchantment, adding its stats and text (other than Magnetic) to the combined Mech.[1][2]

This section lists minions which are Magnetic or have the ability to become Magnetic when played. 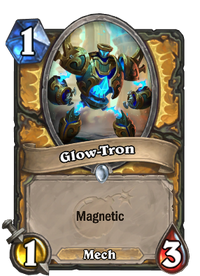 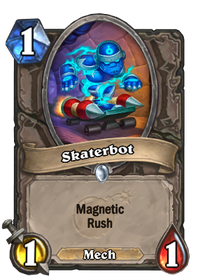 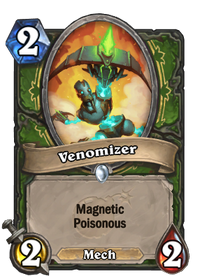 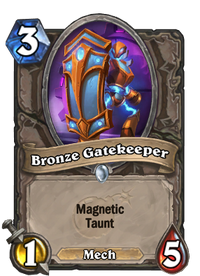 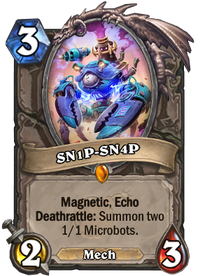 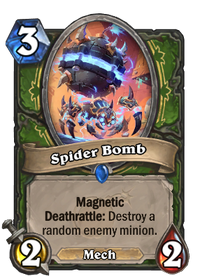 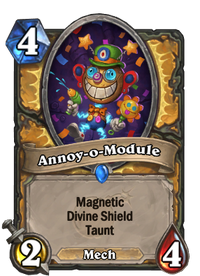 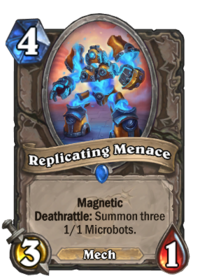 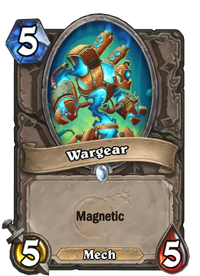 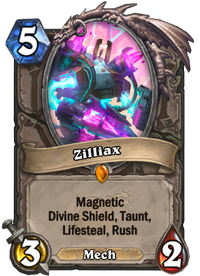 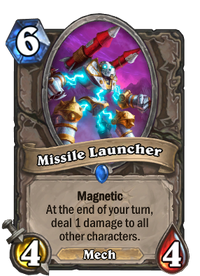 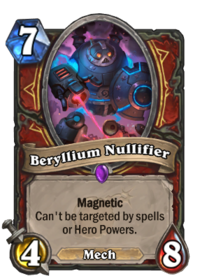 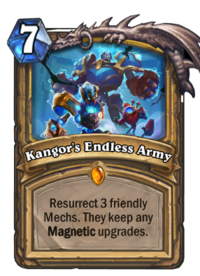 When Blizzard started work on The Boomsday Project, they knew they wanted to bring the Mech minion type back in a big way and searched for a mechanic that celebrated Mechs but also felt different from the Mechs in Goblins vs Gnomes, the expansion that first introduced the minion type. They initially had the idea of Mechs that could "plug-and-play" into each other, leading to the creation of a minion mechanic called Modular with various experimental implementations. One version of Modular was a type of Choose One effect which presented the player with a choice of playing the card as a minion or attaching it to an existing minion as an enchantment. However, it felt overly clunky having to choose each time one played a Modular card. Ultimately, one designer had the idea of Modular minions being "sticky": they would attach to existing Mechs if played next to them, but would function as standalone minions if they weren't.[4] In the very first prototype of this mechanic, the player had to hover the Modular card directly over the existing minion if they wanted them to attach. However, this was "always super fidgety" and led to a lot of misplays, especially on smaller phone screens.[5] The team iterated on the idea and came up with directional implementation, which acts like magnetic poles. From there, they changed the name of the Modular mechanic to Magnetic to better explain its functionality.[4]

In general, Magnetic Mechs have higher Health than Attack, as the team wanted to mitigate the burst potential players can get from them.[4]

While Magnetic minions can be attached to each other, Blizzard wanted to ensure there were some good, resilient, neutral targets to Magnetize onto as well and created several cards along this theme, such as Upgradeable Framebot.[4]