Events are limited periods during which special rules or bonuses apply to Hearthstone.

Some events are extensive festive alterations to the game, complete with special offers, themed battlefields and Tavern Brawls, while others offer smaller changes and bonuses. Events may be regular or occasional, but always have a specific theme. Each event lasts only for a short time, after which any special features are no longer available. 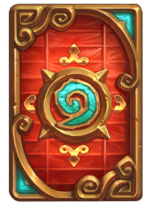 Lunar New Year, also known as the Lunar Festival, is a celebration of the defeat of the Burning Legion, taking place in February each year. It corresponds to the Chinese New Year.

Technically the game's first seasonal event, Lunar New Year was celebrated in February 2015 by the addition of special Greetings emotes, and also saw the addition of the "Lunar New Year" card back, available for play during that month. However, the emotes were only used for players with the in-game language set to Chinese (either simplified or traditional) or Korean, and the event was not celebrated for players using other languages. As a result, with the exception of the related card back, the event can be considered to have been language-specific. 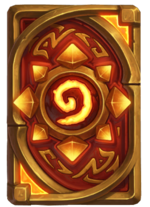 The Midsummer Fire Festival is an event themed around Ragnaros the Firelord.

The first Fire Festival lasted between July 5 and July 19, 2017 and featured special emotes and the themed Tavern Brawl Ragnaros' Fire Festival, as well as causing all quests completed during the event to reward twice their regular amount of gold.

In 2019, the Fire Festival was replaced by the Fire Fest-E.V.I.L., a similar event tying into the ongoing narrative of the Year of the Dragon. 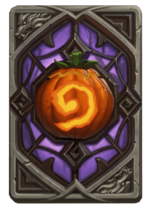 Hallow's End is an event that takes place each year during the latter half of October. Themed around the Headless Horseman, the event features special emotes, a themed Tavern Brawl, and different rules for Arena mode.

In 2019, Hallow's End was replaced by the Doom in the Tomb, a similar event tying into the ongoing narrative of the Year of the Dragon. 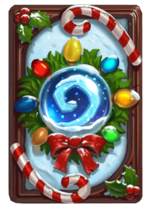 Winter Veil (also known as Winter's Veil) is Hearthstone's first true seasonal event, running between December and January. Based on the Feast of Winter Veil, Winter Veil celebrates the renewing of the year and the coming of Greatfather Winter to give gifts to the adventurers of Azeroth. The festival is the Warcraft counterpart of Christmas, and typically runs from December to January.

Winter Veil brings various temporary in-game changes, as well as special offers and events. The features are different each year, but past years have seen the Stormwind and Ogrimmar battlefields replaced with new snowy versions; heroes using alternate, festive Greetings emotes; a special offer on buying card packs; and a special festive Tavern Brawl, Gift Exchange, bringing with it a unique card back.

These events have no yearly schedule, and are usually one-time only. 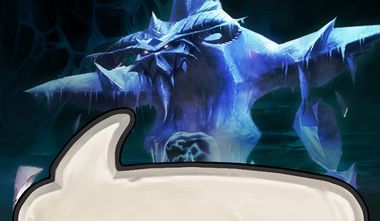 "I, FROST LORD AHUNE HAVE COME TO SAVE YOU FROM RAGNAROS’ TERRIBLE MIDSUMMER FIRE FESTIVAL! I WILL REPLACE IT WITH A MUCH COOLER PARTY!"[4]

The Frost Festival, also known as the Midsummer Frost Festival,[5] was a Hearthstone event which lasted between July 19th and August 8th, 2017. Having launched immediately after the conclusion of the first Midsummer Fire Festival, the Frost Festival was instead centered around Ragnaros' rival Ahune the Frost Lord. The event featured special emotes, a themed Tavern Brawl, and during each week of the event, players were granted free Arena runs.

In 2018, the event was included inside of the usual Fire Festival, with the new tavern brawl A Brawl of Fire and Ice.

The Taverns of Time[edit | edit source]

Main article: The Taverns of Time

The Taverns of Time is an event that started June 11th and ended July 2nd 2018, themed after Toki, Time-Tinker as well as the Caverns of Time instances from World of Warcraft. It added 28 new limited-time cards to the Arena format. It also featured several brand-new daily quests, and a daily quest system that awarded both gold and Arcane Dust.

The Fire Fest-E.V.I.L. is an event that lasted from July 10 to July 31, 2019.[6] Based on previous years' Midsummer Fire Festival event, the Fire Fest-E.V.I.L. tied into the ongoing narrative of the Year of the Dragon and featured new Tavern Brawls, legendary quests rewarding gold and card packs, and card reveals for the then upcoming Saviors of Uldum expansion.

Doom in the Tomb[edit | edit source]

Doom in the Tomb is an event that lasted from October 8th to October 30th, 2019.[7] Based on previous years' Hallow's End event, Doom in the Tomb loosely ties into the ongoing narrative of the Year of the Dragon and features new Tavern Brawls, legendary quests rewarding gold and card packs, and temporary event versions of 23 Wild format cards added to Standard format and given out for free.

The Wild event cards added during the event lasted beyond the event's time and were available until Hearthstone's next major content patch.

It's all fun and games until someone plays Blingtron 3000

Friendly Feud was a special week-long event during which players could complete quests through Friendly Challenges with players on their friends lists. The event was not annual and did not have a set schedule for its appearance, but the start of each event was announced in-game and online. The event was debuted July 2016.

During the event, quests could be completed during Friendly Challenges as though they were battling a randomly selected opponent. This was mostly useful for completing daily quests, most of which cannot normally be completed in Friendly Challenges. All such quests offer gold as their reward, making the event a good time to earn some gold by completing all daily quests available.

In Patch 8.2.0.19506, the ability to complete Quests in Friendly Challenges was permanently integrated into the main game, making the Friendly Feud event obsolete.

Wildfest was an event that lasted from February 19th to March 11th 2018. It was a celebration of the Wild format, and featured themed Tavern Brawls and (more importantly) allowed Wild cards in Arena.

During the event, the Tavern Brawl and Arena screens were decorated with the same vine overgrowth Wild menus are, although they lacked the darker color scheme. Cards from all sets were playable in Arena for the duration of this event, making the game mode far more chaotic than usual.

In Patch 14.0.0.29933, Arena was revamped to use rotating sets instead of following the current Standard rotation, making Wildfest obsolete.