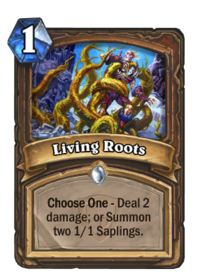 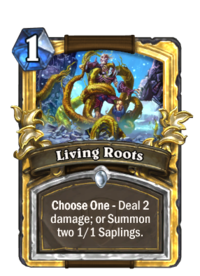 2 out of 2 saplings recommend that you summon the saplings.

Living Roots is a common druid spell card, from the Grand Tournament set.

Living Roots can be obtained through The Grand Tournament card packs, or through crafting. 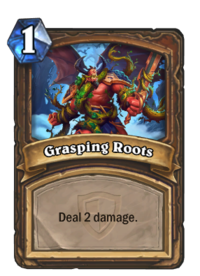 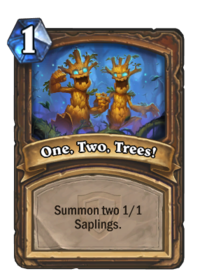 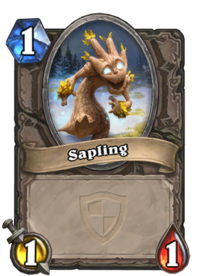 "The vines grew angry, as if every weed in Azeroth sought revenge upon those who would destroy their fertile home."

Living Roots appears to be based on Entangling Roots, a druid ability in World of Warcraft that roots the target in place for up to 30 seconds. This is a key spell for Balance druids, ranged spell casters who need to stay out of reach of melee types.

Living Roots is a card in the World of Warcraft Trading Card Game. However, its text "Attach to target ally. Ongoing: Attached ally can't attack or exhaust unless its controller pays 2." is clearly very different to that in Hearthstone.

On March 26, 2020, Living Roots' rarity was accidentally changed from Common to Epic and the regular card could be disenchanted for 100 dust instead of the normal 5.[1] The disenchantment problem was fixed on March 27 following a server-side hotfix, but the card still appeared visually as an Epic card on the client-side. The card was fully reverted back on the March 30, 2020 patch. 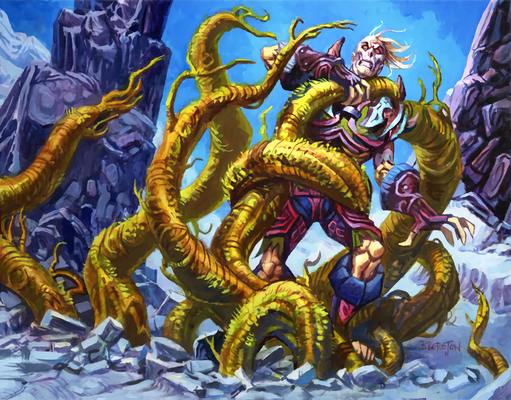