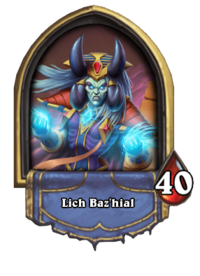 Lich Baz'hial is a hero that the player can pick in Battlegrounds. 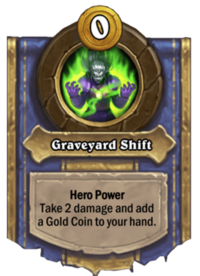 Lich Baz'hial works very well with Floating Watchers as another source of damage to buff its stats very quickly and with Mal'Ganis, who negates the self-damage while still generating coins. While Demon builds look like an obvious synergistic pick, the amount of self-damage you take reduces the number of times you can buff Wrath Weaver without Mal'Ganis. She works better with late-game builds since her Hero Power allows for transitioning into higher tiers more effectively when played properly.