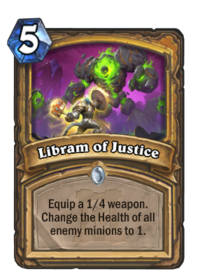 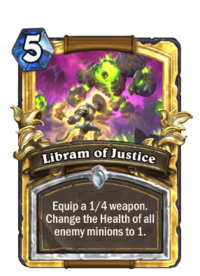 Equip a 1/4 weapon. Change the Health of all enemy minions to 1.

Proper justice. Throw the book at him!

Libram of Justice is a common paladin spell card, from the Ashes of Outland set.

Libram of Justice can be obtained through Ashes of Outland card packs, through crafting, or as an Arena reward. 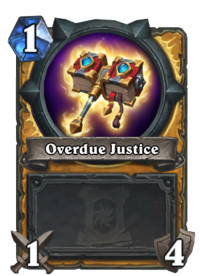 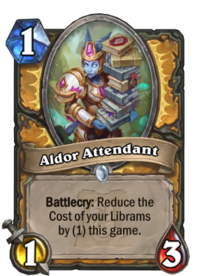 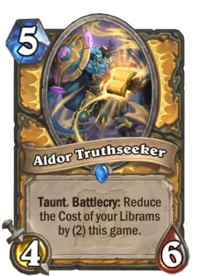 As a Libram, Libram of Justice becomes even more powerful if combined with Aldor Truthseeker and Aldor Attendant, potentially costing 0 mana. This makes it easy to cast alongside Wild Pyromancer and Consecration, similar to Equality before it was nerfed.