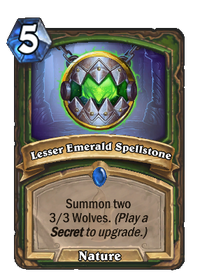 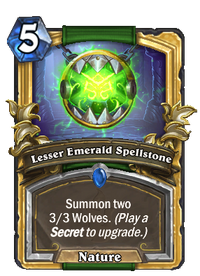 An emerald stone for Tauren hands
Who sought its strength to save their lands
Their tribes now lost, their rage released
Who's hunting now? And who's the beast?

Lesser Emerald Spellstone can be obtained through Kobolds & Catacombs card packs, or through crafting. 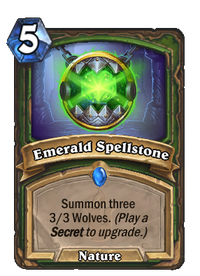 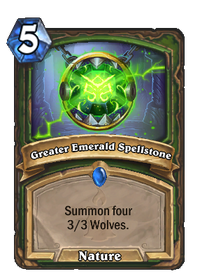 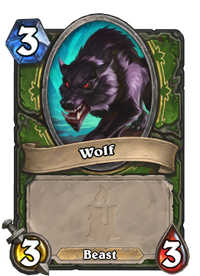 Lesser Emerald Spellstone provides a total of 6/6 in stats across two bodies for 5 mana, making it a decent card on its own. When fully upgraded, it provides 12/12 stats across 4 bodies. This, combined with being able to be played up to turn 4 with the Coin, can carry decks that run a hefty amount of Secrets such as Midrange Hunter, Secret Hunter, and Spell Hunter. The main drawback of this card is that it is vulnerable to AoE spells like Hellfire or Flamestrike.