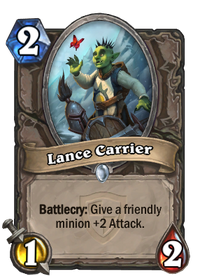 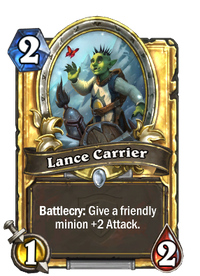 Battlecry: Give a friendly minion +2 Attack.

Lance Carrier is an obscure entry level position in orcish armies. A mystery, since orcs don't generally use lances.

Lance Carrier is a common neutral minion card, from the Grand Tournament set.

Lance Carrier can be obtained through The Grand Tournament card packs, or through crafting.

Compared to Abusive Sergeant, a 1/2 body is somewhat sturdier and still useful for taking care of e.g. Silver Hand Recruits. It is more expensive to play, and using +2 Attack on a Nerubian Egg is a bit wasteful, but the tempo advantage may be worth it.

Summon
Agh. What you want?
Attack
Stop poking me! 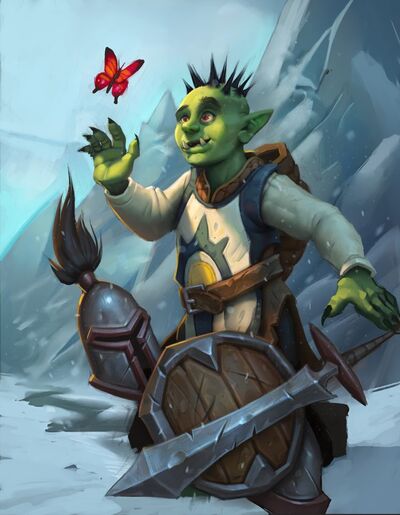