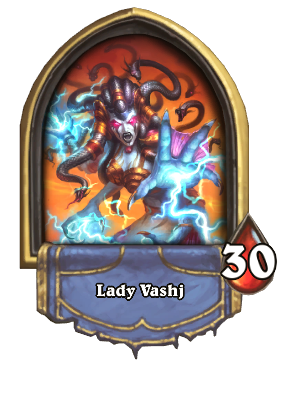 Lady Vashj is an alternate hero for the 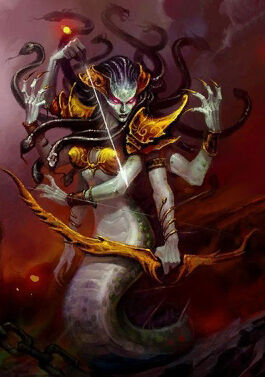 Vashj in the World of Warcraft Trading Card Game

Lady Vashj was born in the city of Vashj'ir, where her mother, Lestharia Vashj, was the high leader and matron. She somehow left her homeland, and came to the city of Zin-Azshari, capital of the night elves, sometime before the War of the Ancients. Once chief among Queen Azshara's handmaidens, Vashj became one of the serpentine naga when Azshara and her followers were sent to the bottom of the sea during the Great Sundering.

Vashj is unavailable to new players. It's unknown if she will become available again.

Lady Vashj was only obtainable by purchasing the Ashes of Outland Mega Bundle, which was only purchasable with real money.

Once unlocked and selected for use, Lady Vashj replaces Thrall whenever playing with a Shaman deck. Vashj comes with her own portrait, emotes, and hero tray art, as well as featuring a special animation when using Vashj's Hero Power, Totemic Call (or its upgraded version, Totemic Slam).

When viewed in the Collection, Vashj has the following flavor text:

Handmaiden to Queen Azshara, Lieutenant to Illidan Stormrage. Also responsible for many people's fear of swimming. 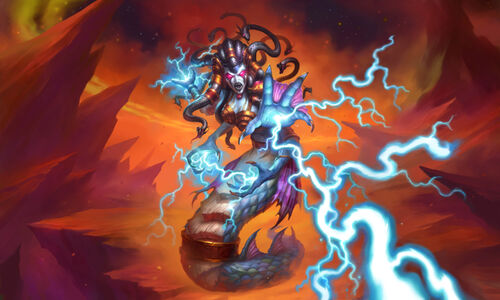