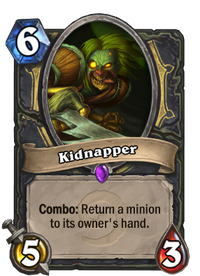 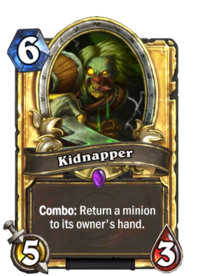 Combo: Return a minion to its owner's hand.

He just wants people to see his vacation photos.

Kidnapper is an epic rogue minion card, from the Classic set.

Kidnapper's combo grants the ability to return a minion to its owner hand, similar to that of the popular rogue spell Sap, but with the added value of returning any minion (as opposed to only enemy minions).

However, Kidnapper's high cost makes this combo difficult. It was likely designed as a late game threat removal to finish a game by returning an enemy minion with taunt. But with its rarity, high mana cost and mediocre minion stats, it sees very little use in decks, outside of the Arena. 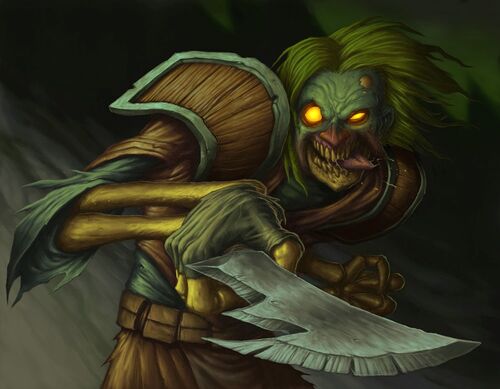