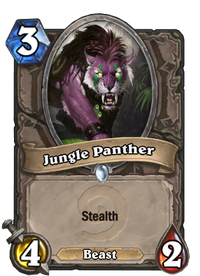 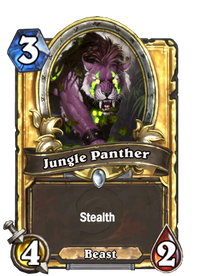 Stranglethorn is a beautiful place to visit, but you wouldn't want to live there.

Jungle Panther is a common neutral minion card, from the Classic set.

Jungle Panther can be obtained through Classic card packs, through crafting, or as an Arena reward.

Jungle Panther is a strong Attack minion with Stealth. It is commonly used in hunter decks to take advantage of Beast synergy. Buffing a stealthed minion can provide a large advantage for the player since it can only be targeted by AoE or random damage spells. 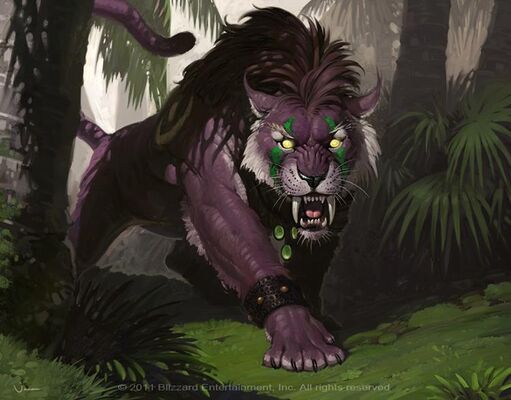