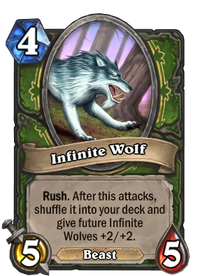 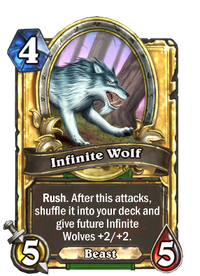 Rush. After this attacks, shuffle it into your deck and give future Infinite Wolves +2/+2.

Infinite Wolf is a hunter minion card, from the Arena unique set.

Infinite Wolf is unique to the Arena, only available to The Taverns of Time event and can only be obtained via drafting it during an Arena game.

Infinite Wolf is uncraftable and cannot be crafted or be obtained from card packs.

A solid removal option for Hunter. It essentially acts as a burst spell that can be drawn and cast over and over, with each use becoming stronger and stronger. As a minion and a Beast, Infinite Wolf can be given attack and health buffs, although directly targeting it isn't recommended since they'll be lost after the shuffle. Infinite Wolf can be held on the board and used to attack the opponent directly after waiting a turn, but this risks your opponent removing it. 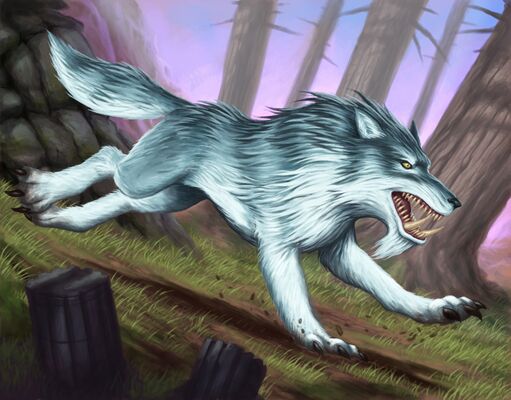