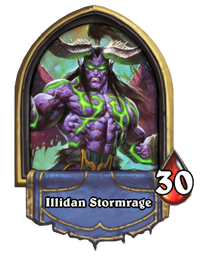 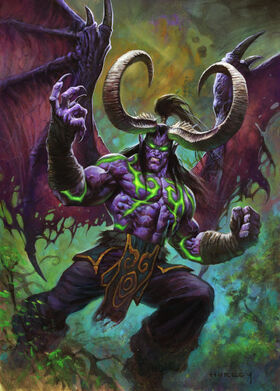 Illidan Stormrage is an enemy boss encountered during the final mission of the game's introductory tutorial. 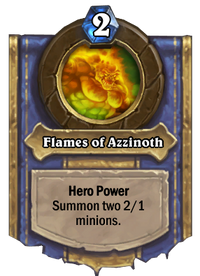 In addition to regular cards, this hero may also play or generate the following special cards. 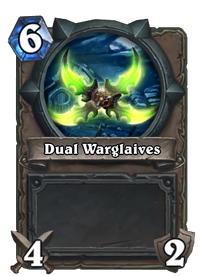 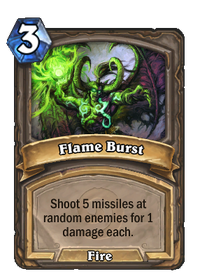 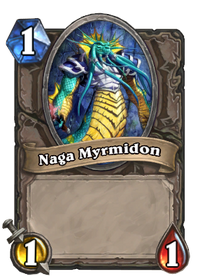 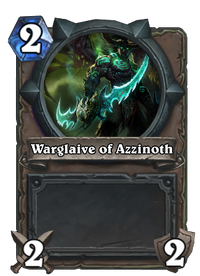 Metamorphosis was planned to be used by Illidan, but was never implemented, as it was considered that the encounter did not need it.[1] 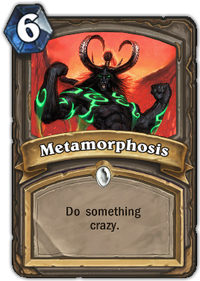 The below table lists 29 of the 30 cards in Illidan's deck.

Illidian: You are NOT prepared!!
Jaina: I dunno, I just played five missions.

Jaina: I don't have any cards that cost 1 Mana.

Illidan: Stare into the eyes of the Betrayer!

Illidan: Who shall be next to taste my blades?

Illidan: Behold the flames of Azzinoth!
Jaina: His Hero Power... it's so strong!
Illidan: You know nothing of power!

Illidan: Behold the power of the demon within!

Attacking minions instead of Illidan during later turns

Jaina: Focus on killing Illidan!
Jaina: Delay is not an option! Finish him!

Innkeeper: I cannot believe it! You and your mage deck are unstoppable!

Illidan: I will not be touched by rabble such as you!
Illidan: This will be fun!