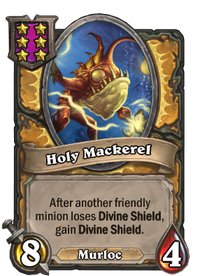 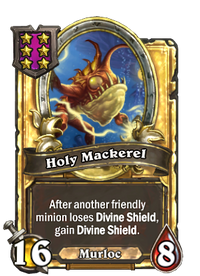 Holy Mackerel was a Tier 6 minion in the Battlegrounds game mode.

One thing to note is that giving it Windfury from Gentle Megasaur was undesirable, since it would not have a Divine Shield on the second attack.