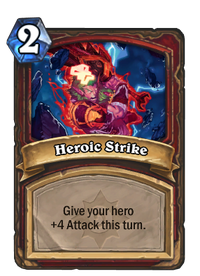 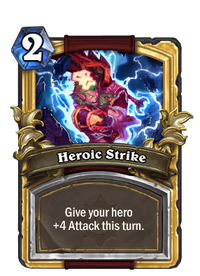 Give your hero +4 Attack this turn.

Really, if you're a hero, this is every strike.

Heroic Strike is a warrior spell card, from the Basic set.

Two copies of Heroic Strike are automatically included in all players' collections upon unlocking the warrior class.

Two Golden copies of Heroic Strike are a reward for raising a warrior to levels 15 and 20.

Heroic Strike is uncraftable and cannot be crafted or disenchanted.

This card's effect stacks with itself and the warrior's weapons. It can be used to deal high burst damage for a low mana cost, either to larger minions or your opponent. Mostly used in warrior aggro decks.

"A warrior's blade finds its mark as much by will as by skill."

A staple of the warrior's tool-kit, and the mark of a true hero, Heroic Strike is a warrior ability from World of Warcraft. It is a melee attack that instantly deals a small amount of damage. Heroic Strike plays the role of a single-target 'rage dump', allowing the warrior to burn off their excess rage using the ability, rather than simply wasting it. As such, Heroic Strike is an inefficient attack, but is not on the global cooldown, allowing it to be used in-between other attacks in the warrior's rotation. Cleave is a multi-target alternative to Heroic Strike, and is preferable when attacking multiple targets. 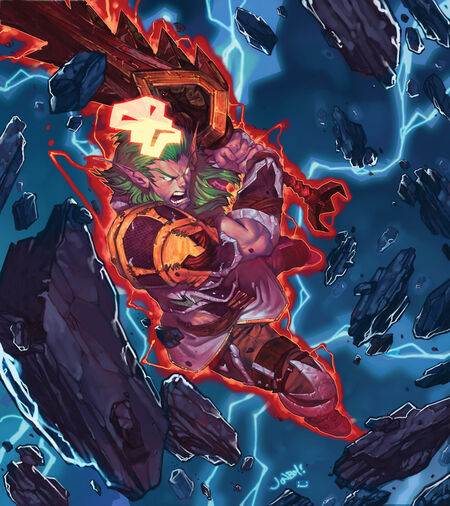