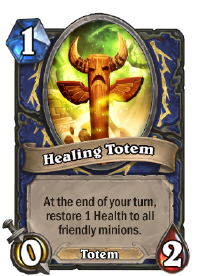 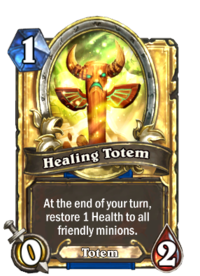 At the end of your turn, restore 1 Health to all friendly minions. 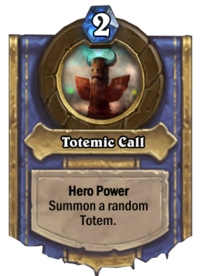 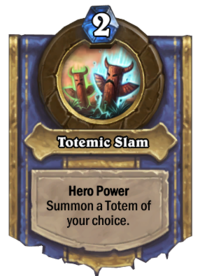 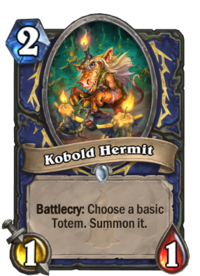 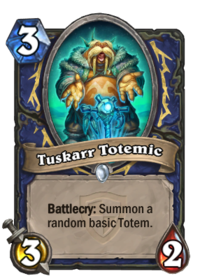 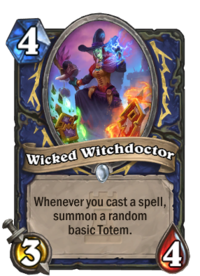 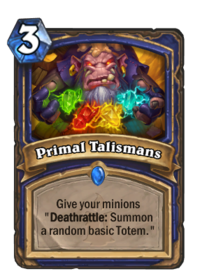 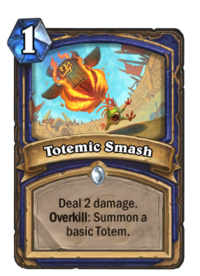 Healing Totem is based on the Healing Tide Totem, a shaman totem that heals all allies within its range in periodical pulses. Providing strong healing to the shaman's entire party or raid group, Healing Tide Totem is a powerful raid healing cooldown. 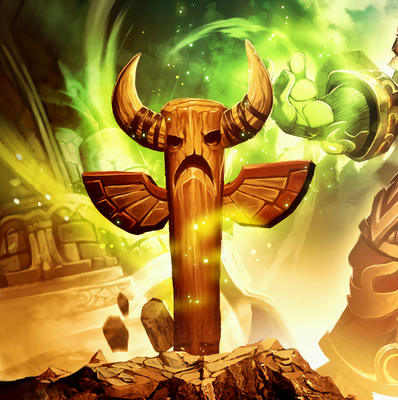