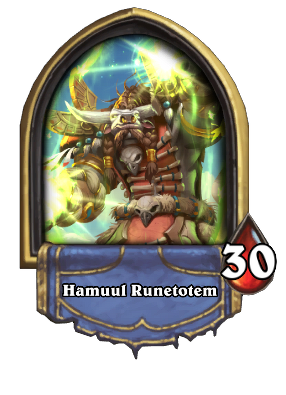 Hamuul Runetotem is the Archdruid of Thunder Bluff and a venerated leader of the tauren people. He is the highest-ranked tauren in the Cenarion Circle. As many of his people do, Hamuul believes very much in the balance between nature and the races of Azeroth. Hamuul was a childhood friend and fierce supporter of High Chieftain Cairne Bloodhoof, and teaches the ways of druidism to his honored brethren. After Cairne was murdered by Magatha Grimtotem, Hamuul continued his role as advisor to Cairne's son Baine, the new High Chieftain, as well as teaching young druids.

Hamuul Runetotem is only obtainable by purchasing the Forged in the Barrens Mega Bundle, which is only purchasable with real money.

Once unlocked and selected for use, Hamuul Runetotem replaces Malfurion Stormrage whenever playing with a Druid deck. Hamuul Runetotem comes with his own portrait, emotes, and hero tray art, as well as featuring a special animation when using Hammul's Hero Power, Shapeshift (or its upgraded version, Dire Shapeshift).

When viewed in the Collection, Hamuul Runetotem has the following flavor text:

Taught by Malfurion himself, Hamuul proves that night elves and tauren can get along well if they are both good natured." 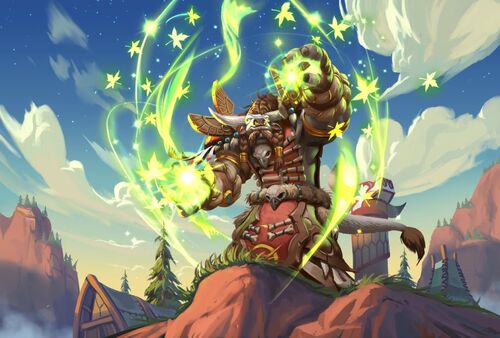