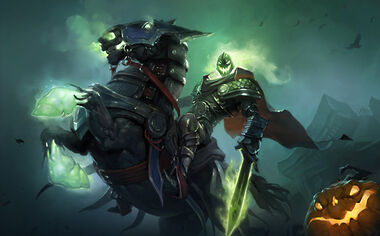 "The time has come! Do you feel fear?
For Hearthstone's Hallow's End is near!"

The Hallow's End is a Hearthstone seasonal event that takes place each year during the latter half of October. Themed around the Headless Horsemen, the event features special emotes, a themed Tavern Brawl, and different rules for Arena mode. 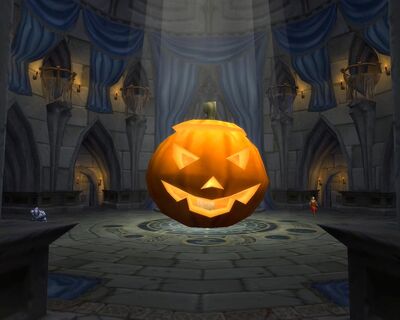 The Hallow's End in World of Warcraft.

In World of Warcraft, the Hallow's End is a world event which lasts from late October to early November. During the event, pumpkins and candles are set up in the main cities across the world. Players can visit the inns around the world to collect Tricky Treats, a currency used to purchase special pets, toys, heirlooms, food items and costumes. Players can eat those Tricky Treats to gain a temporary buff to increase movement speed.