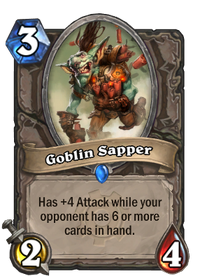 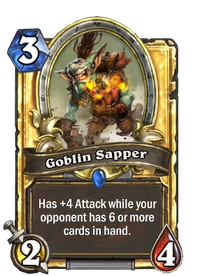 Goblin Sapper can be obtained through Goblins vs Gnomes card packs, or through crafting.