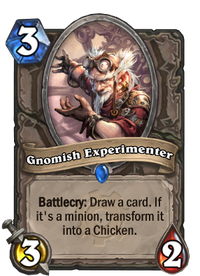 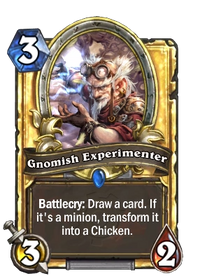 Battlecry: Draw a card. If it's a minion, transform it into a Chicken.

He's legitimately surprised every time he turns himself into a chicken.

Gnomish Experimenter is a rare neutral minion card, from the Goblins vs Gnomes set. It potentially replaces one of the player's cards with a 1/1 Chicken.

Gnomish Experimenter can be obtained through Goblins vs Gnomes card packs, or through crafting. 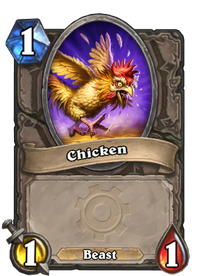 With higher-than-average stats for a card-drawing minion, Gnomish Experimenter can be used to great effect in a deck heavy on weapons. It can also be used in spell-centric decks but lacks synergy with most spell combos.

Even though the Chicken is a weak card, it can be put to good use by minions like Knife Juggler that have on-summon effects, or cards like Frostwolf Warlord that benefit from having lots of minions on the board.

Summon
This is going to be amazing! 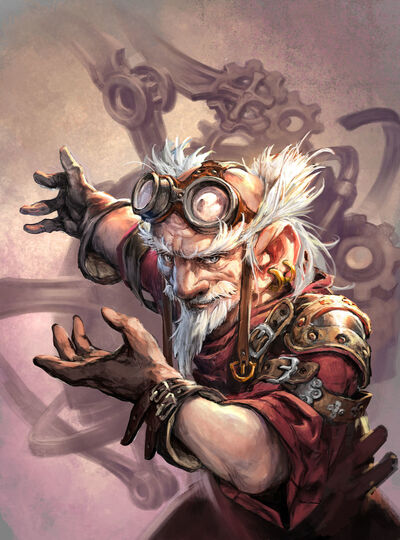