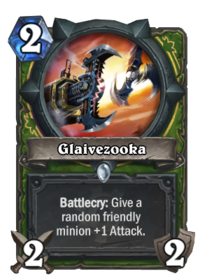 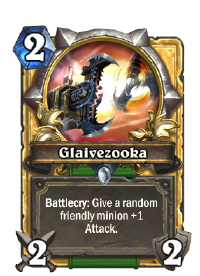 For the times when a regular bazooka just isn't enough.

Glaivezooka is a common hunter weapon card, from the Goblins vs Gnomes set.

Glaivezooka can be obtained through Goblins vs Gnomes card packs, or through crafting.

A common pick in Face Hunter or Mech Hunter decks. Equip with a minion already ready to attack, or after playing a Charge minion, for superior trading or an unexpected burst of damage. The weapon's low Attack makes it useful for removing enemy minions without sacrificing too much potential face damage. It is comparable to Fiery War Axe, the latter costing one mana more and having one more attack, while this costs one mana less and gives a friendly minion attack. 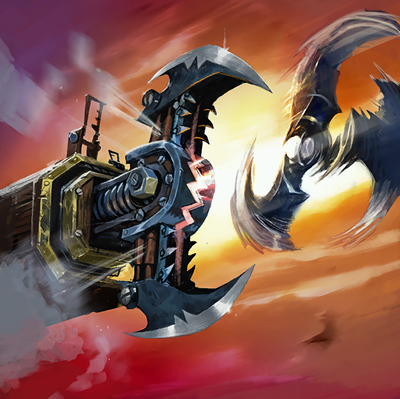