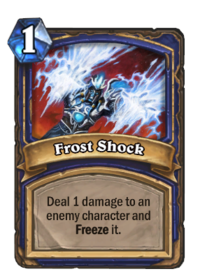 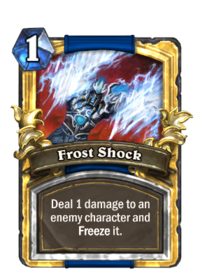 Deal 1 damage to an enemy character and Freeze it.

Frost Shock is a shaman spell card, from the Basic set. It deals 1 damage to an enemy and Freezes them.

Two copies of Frost Shock are automatically included in all players' collections upon unlocking the shaman class.

Two Golden copies of Frost Shock are a reward for raising a shaman to levels 32 and 34.

Frost Shock is uncraftable and cannot be crafted or disenchanted.

Useful for making efficient trades, finishing off minions, or buying yourself time.

In World of Warcraft, Frost Shock is a shaman ability that deals damage and slows the target. It is available to the Enhancement and Restoration specs, learned at level 22. 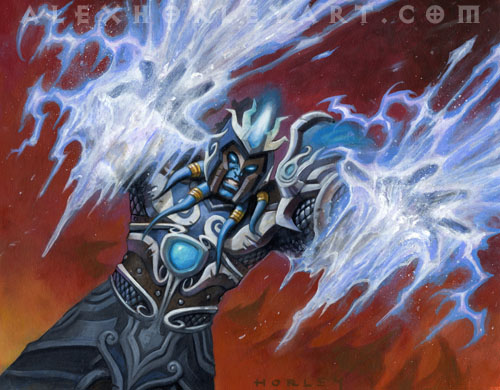