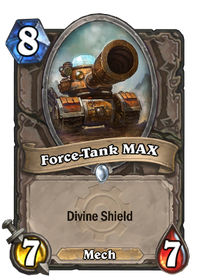 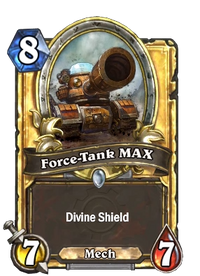 There is a factory in Tanaris for crafting force-tanks, but it only ever made two, because of cost overruns.

Force-Tank MAX is a common neutral minion card, from the Goblins vs Gnomes set.

Force-Tank MAX can be obtained through Goblins vs Gnomes card packs, or through crafting.

Divine Shield and high Health make it effective at killing other large minions and render it difficult to kill without burning several minions or spells. You can boost it out with Mechwarper or Alarm-o-Bot, but its high Attack may be wasted in the early game if used for trading with low Health enemy minions.

Be wary of cards like Big Game Hunter, Shadow Word: Death, and so on that can destroy this card without removing the shield. 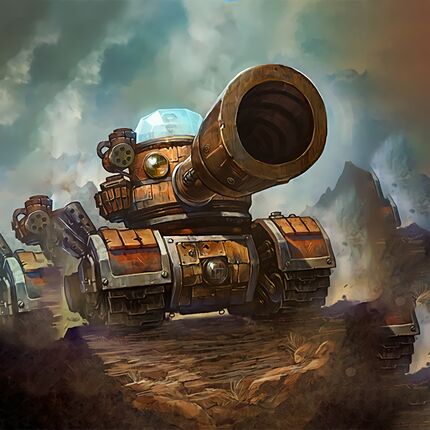