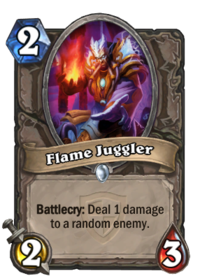 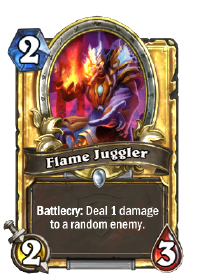 At first he liked juggling chain saws, but then he thought, "Flames are better! Because FIRE!"

Flame Juggler is a common neutral minion card, from the Grand Tournament set.

Flame Juggler can be obtained through The Grand Tournament card packs, or through crafting.

This card is both cheaper and sturdier than the Ironforge Rifleman, but you cannot direct its Battlecry. It can still be a useful early-game card, if your opponent has just one minion on the board, but you still risk the damage going face instead of hitting the minion.

Summon
It's getting hot in here!
Attack
TOASTY! 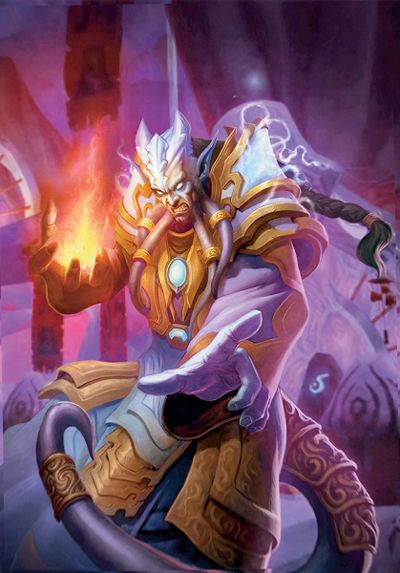