In the Monster Hunt each of the four classes has one Final Nemesis at the end tied to their lore. Each one is generally fairly challenging and are all elites of Hagatha. You don't have to beat all nemesis to unlock the Final Challenge (for that you only have to complete a run with each class regardless of the boss at stage 8). 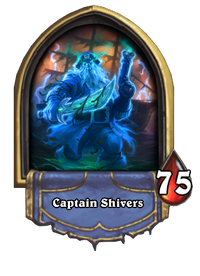 Tess Greymane's Nemesis is Captain Shivers. He plays a Kingsbane deck and his Hero Power Plunder will ensure he has a Kingsbane to attack with every turn. He also plays Fel Reaver, Lorewalker Cho, and Trade Prince Gallywix, which gives you a chance to mill his Kingsbane when it runs out of durability. 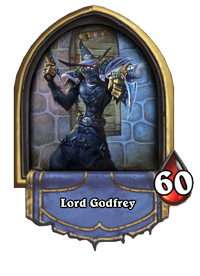 Darius Crowley's Nemesis is Lord Godfrey. He starts the game with Hunter's Insight for a very aggressive start and his Hero Power Pistol Barrage is extremely efficient and effective at removal. Positioning your minions between your cannons will reduce the effectiveness of his Hero Power, but his deck contains some cards to exclusively counter this strategy and your cannons, like Grim Patron, Crushing Walls, and Gahz'rilla. 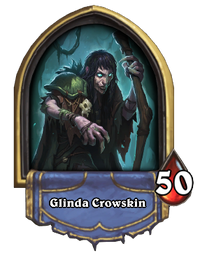 Houndmaster Shaw's Nemesis is Glinda Crowskin. She plays a demon warlock deck and uses her hero power False Heart in order to remove the drawback of her demons. She has a special card that turns one of your minions into a 6/3 and takes control of it. When it dies she draws a card and it gets shuffled back into her deck. You can use to quickly fatigue her for a fairly easy win. 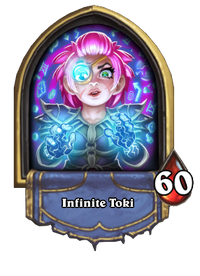 Toki, Time-Tinker's Nemesis is Infinite Toki. She plays a spell-heavy deck with the Open the Waygate Mage Quest. Her Hero Power Chronoacceleration is extremely powerful but she will hold back on using it until she completes the Quest or if it guarantees lethal. She has a special card where the resets the game but keep your Health total the same. She will always play this card on the first turn 10.