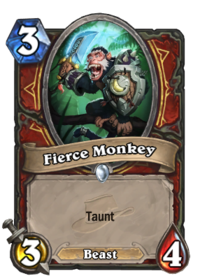 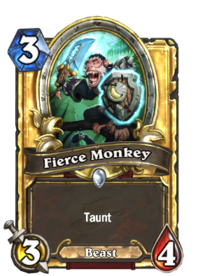 Fierce Monkey is a common warrior minion card, from the League of Explorers set.

Two copies of regular Fierce Monkey are obtained by defeating Archaedas, the third boss in The League of Explorers's second wing, Uldaman.

As a Wild format card, both regular and golden versions of Fierce Monkey can also be crafted for the following amounts:

As a fairly cheap Taunt, this could fit in a warrior Taunt-synergy deck.

Moreover, Control Warrior lacks a trustworthy 3 mana drop (besides Acolyte of Pain , which is used as draw engine, but doesn't predent to a board control as much)

For warriors, Fierce Monkey is a strictly better version of both Ironfur Grizzly and Silverback Patriarch, as it has 1 more health than the Grizzly and 2 more attack than the Patriarch.

This monkey is original to Hearthstone, and apparently smarter than the average simian, wielding as it does a sword and shield. 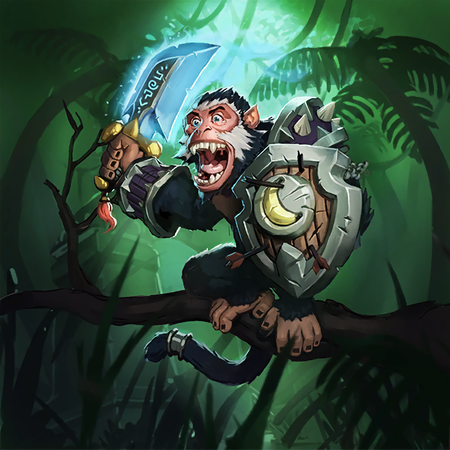