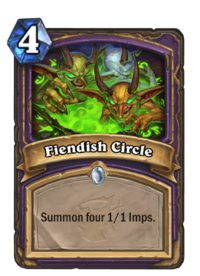 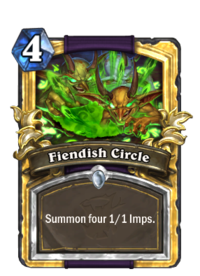 Fiendish Circle is a common warlock spell card, from the The Witchwood set. 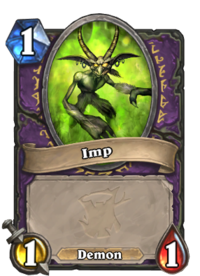 Generally considered a much weaker Imp-losion, Fiendish Circle is comparable to Shaman's Call in the Finishers. Fiendish circle works well with cards dependent on minion summoning or lots of minions, such as Knife Juggler, Dire Wolf Alpha, or Frostwolf Warlord. It works equally well with card that synergize off of killing friendly minions like Spirit of the Bat, Usher of Souls, and Darkest Hour. It's also good at lowering the cost of Jumbo Imp.

You can also play this card alongside Impferno or Crystalweaver in order to double the stats of each imp.