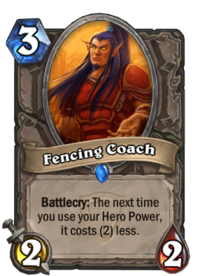 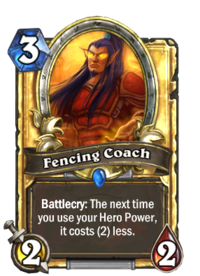 Battlecry: The next time you use your Hero Power, it costs (2) less.

Fencing Coach is a rare neutral minion card, from the Grand Tournament set.

Fencing Coach can be obtained through The Grand Tournament card packs bought through the ingame Shop, purchased online from the Battle.net shop, or through crafting.

Strong with Inspire cards and very strong with high cost Inspire cards (Confessor Paletress, Wilfred Fizzlebang, etc.) due to being able to potentially "save" the use of your Hero Power cost reduction until a later turn.

Without Inspire synergy, you are effectively paying 1 mana for a 2-2 minion. If you play it on a turn where you would have used your Hero Power anyway, this minion is decent. If you play it without using the Hero Power discount in the same turn, you lose some tempo (which you might be able to regain in a future turn, when you get a "free" Hero Power).

Summon
I am the dancing master!
Attack
Give me your best!
Death
Touché... 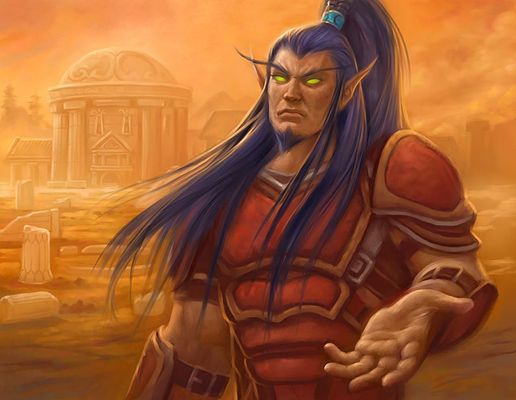