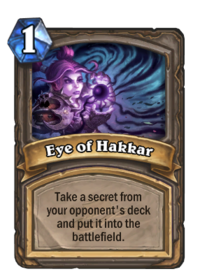 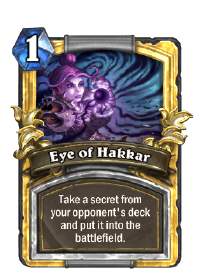 Take a secret from your opponent's deck and put it into the battlefield.

Eye of Hakkar is a spell card added to the game data with The League of Explorers. It appears to have been removed from the adventure during development, and does not appear in the adventure (or any other game mode). Two copies of the card data exist, likely a Normal and Heroic version, although both are identical.