Eye for an Eye

From Hearthstone Wiki
Jump to: navigation, search
Eye for an Eye
Regular 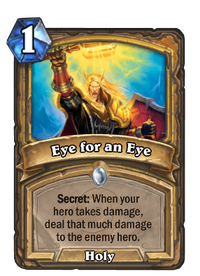 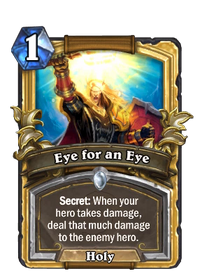 Secret: When your hero takes damage, deal that much damage to the enemy hero.

Justice sometimes takes the form of a closed fist into a soft cheek.

Eye for an Eye is a common paladin spell card, from the Classic set.

Eye for an Eye can be obtained through Classic card packs, through crafting, or as an Arena reward.

This is an excellent card to play when your opponent is about to unleash a powerful attack or spell against you. However, keep in mind that multi-hit attacks, such as Arcane Missiles, will only trigger this ability once, causing only one damage to be shot at the enemy hero.

It can be used as a soft tech card against Ice Block. If you can leave the Mage at 1 Health before Ice Block is activated, they will be unable to deal any damage your hero until they can recover some of their Health back.

Eye for an Eye is quite capable of causing the destruction of both heroes in a single turn, resulting in a draw for both players.

In World of Warcraft, Eye for an Eye is a talent available to paladins who specialize in Retribution. Similar to the spell in Hearthstone, this talent causes enemy magic attacks against the paladin to have a chance of dealing damage back. 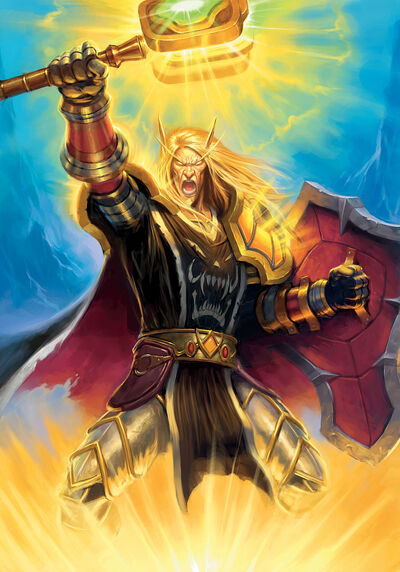 Eye for an Eye, full art
Retrieved from "https://hearthstone.gamepedia.com/Eye_for_an_Eye?oldid=332597"
Categories: