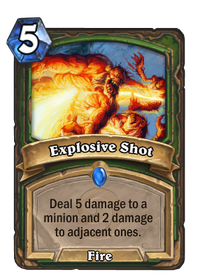 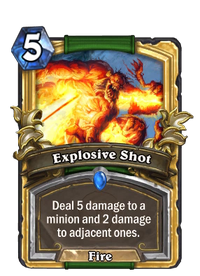 Pull the pin, count to 5, then shoot. Then duck.

Explosive Shot is a rare hunter spell card, from the Classic set.

When playing against a hunter, one should place their strongest minions on the edges of the board. Then only 2 minions will take damage if the hunter uses an Explosive Shot on those higher-value minions.

Explosive Shot is an ability used by hunters who have specialized in Survival. Unlike in Hearthstone, Explosive Shot in World of Warcraft is a DoT rather than an AoE. 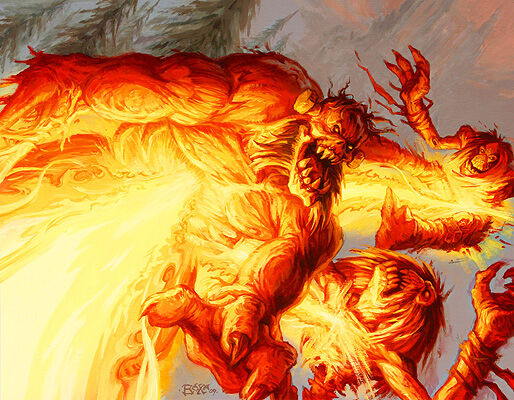