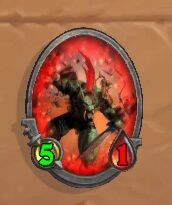 when Enrage is enabled, a damaged minion is shown with a red aura, such as this Amani Berserker

the enchantment listed below a highlighted minion displays the text "Enraged", as seen for this Angry Chicken

For the treasure card in Duels, see Enrage (Duels).

Enrage is the informal name for a minion ability where the stated effect becomes active only when the minion is damaged. If the minion regains undamaged status, either through healing or a forced resetting of its maximum Health, the Enrage effect will be cancelled.

Enrage was once an official keyword ability in Hearthstone, but it was removed due to its infrequent use in cards and its narrow design space. Enrage no longer exists as a keyword, but it is the unofficial term for the card text, "while Damaged."

A video explaining Enrage in Hearthstone made by the Curse Gamepedia YouTube Channel.

Enrage effects become active whenever the minion's current Health is below their current maximum Health. Restoring a minion to full Health will cancel the Enrage effect. Resetting an Enraged minion's maximum Health so that they are no longer considered 'damaged' will also cancel the effect.

Resetting maximum health to remove Enraged can actually be useful if you want to re-initiate it because of a spell like Humility overriding the boosted damage: healing and then re-initiating the Enraged status will then add to the 1 attack which Humility reduces the minion to.

Enrage effects are either active or inactive. While active, these effects are constant, and will not be re-applied by further damaging the minion.

Enrage effects are sometimes confused with triggered effects which activate on damage, such as that of Gurubashi Berserker or Frothing Berserker. Unlike Enrage effects, these effects can be triggered repeatedly, and will not be removed by healing the minion.

There are many ways of triggering Enrage effects:

Healing effects can sometimes be useful for canceling enemy Enrage effects. For example, Priests can use Lesser Heal to reduce the threat from enemy minions who have powerful effects when damaged. 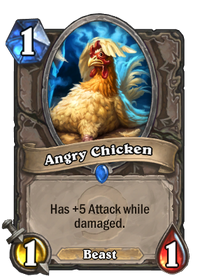 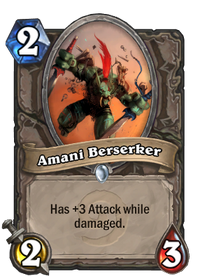 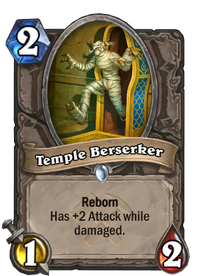 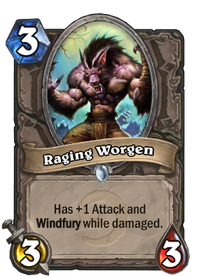 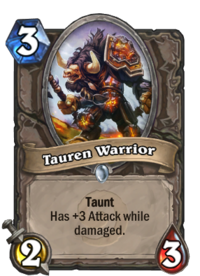 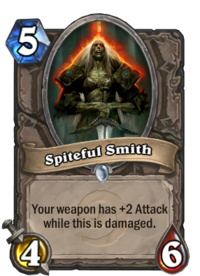 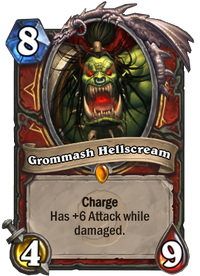 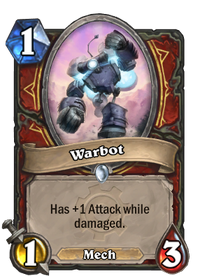 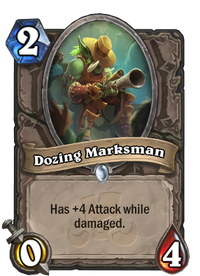 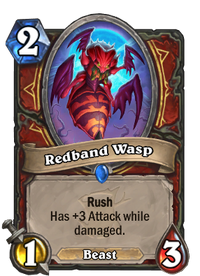 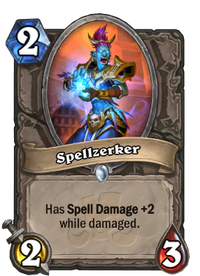 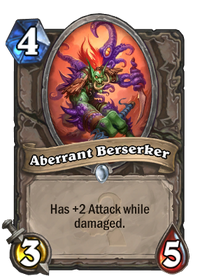 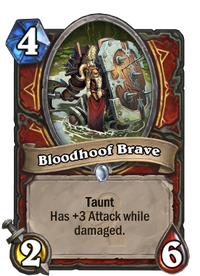 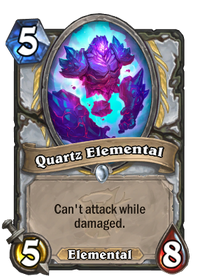 Prior to Patch 11.0.0.23966, "Enrage" appeared as a keyword, written as Enrage: Has X. However, it was decided to be removed due to its narrow design space, lack of synergy, and overall unpopularity.[1] At the time of its removal, Enrage was only featured on a total of nine minions: six from the Classic set, one from Goblins vs. Gnomes, and two from Whispers of the Old Gods.

Peter Whalen gave the following explanation for its removal:

How well, then, is Enrage serving us as a keyword? First, it’s not clear that Enrage is actually any easier to understand than “while damaged”. It is certainly flavorful though, and does shrink the card text a little. On the other hand, we haven’t made any cards that key off of Enrage minions and aren’t likely to in the future. Overall, Enrage isn’t doing very much work for us, we haven’t used it in a while, and it isn’t on very many cards, so we’re cleaning up the game a little bit and removing it.