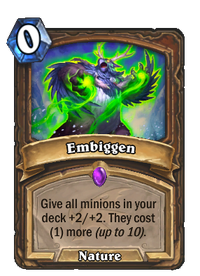 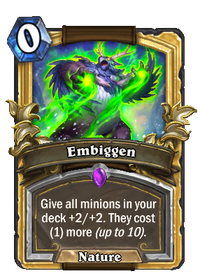 Embiggen is an epic druid spell card, from the Descent of Dragons set.

Embiggen is a 0-mana equivalent to Surrender to Madness, giving every minion in your deck +2/+2 at the cost of a mana-related drawback. Instead of losing your own Mana Crystals, Embiggen causes all buffed minions to cost 1 mana more. While this may be a necessary price to pay in order to get more power during the game, keep in mind that your spells won't have their prices raised, and they can easily be used to balance out the drawback such as raising your mana (such as using Innervate or Wild Growth) or cheating the buffed minions out (such as Oaken Summons or Strength in Numbers). 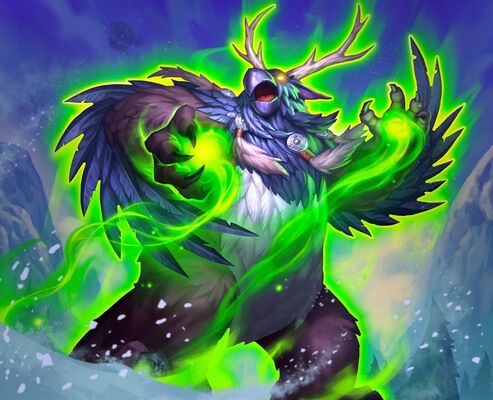