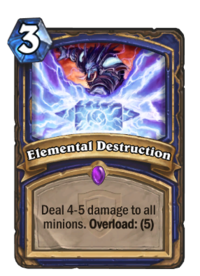 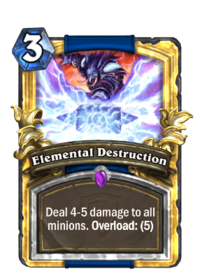 I'm not a shaman or anything, but isn't Elemental Destruction the opposite of what they want to do?

Elemental Destruction is an epic shaman spell card, from the Grand Tournament set.

Elemental Destruction can be obtained through The Grand Tournament card packs, or through crafting.

Ostensibly a cheap and powerful removal spell, this card has two disadvantages. Firstly, it Overloads 5 Mana Crystals, for a total cost of 8 mana. However, Elemental Destruction has excellent synergy with Lava Shock and Eternal Sentinel, to prevent the incapability of playing cards the next turn. Secondly, it deals damage to all minions, including those belonging to the caster. As a result it is best played in a control deck, or as a strong counter to aggressive decks. 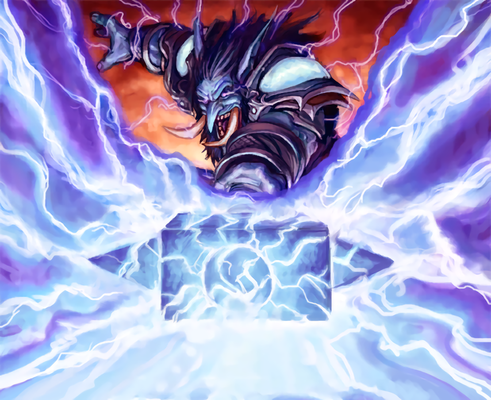