Druid of the Saber

From Hearthstone Wiki
Jump to: navigation, search
Druid of the Saber
Regular 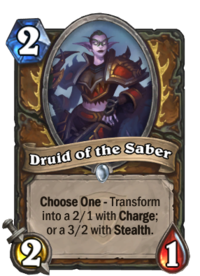 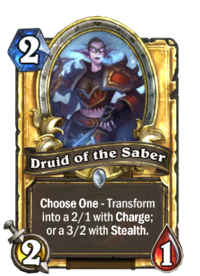 That's saberTEETH, not like curved pirate blades. That's a different kind of druid. Druid of the Curved Pirate Blades.

Druid of the Saber is a common druid minion card, from the Grand Tournament set. Its Choose One effect transforms it into one of two possible Beast minions when played.

Druid of the Saber can be obtained through The Grand Tournament card packs, or through crafting. 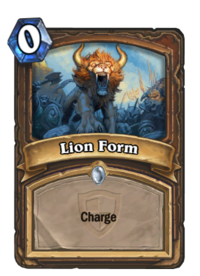 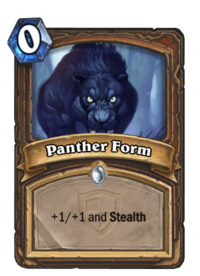 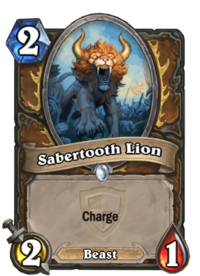 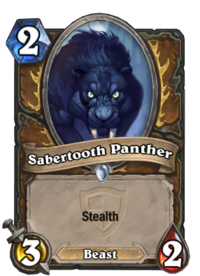 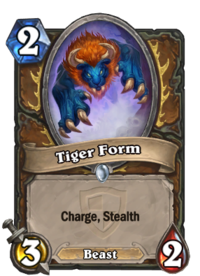 A versatile low cost minion - a 3/2 with Stealth can often trade into higher-cost minions, and the 2/1 with Charge (similar to Bluegill Warrior) can deal burst damage as required.

As both forms are Beasts, this card has good synergy with other Druid cards such as Wildwalker and Druid of the Fang.

Summon
Another night on the prowl.
Attack
Hear me ROAR!
Death
Meow...

Little is therefore known about these druids, although they clearly appear to be centred upon transforming into saber-toothed cats, specifically lions and panthers. 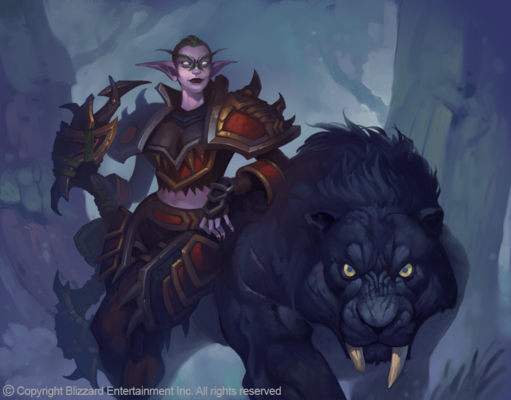 Druid of the Saber, full art