Druid of the Claw

From Hearthstone Wiki
Jump to: navigation, search
Druid of the Claw
Regular 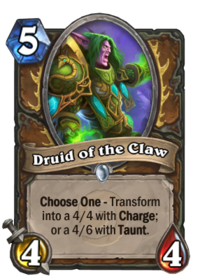 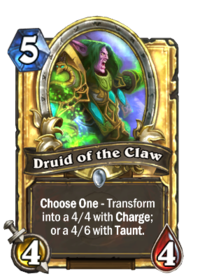 Druid of the Claw is a common druid minion card, from the Classic set. Its Choose One effect transforms it into one of two possible Beast minions when played.

Druid of the Claw can be obtained through Classic card packs, through crafting, or as an Arena reward. 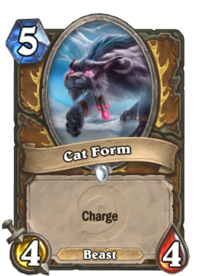 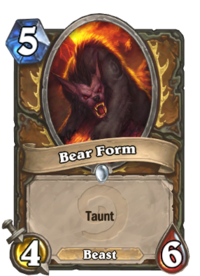 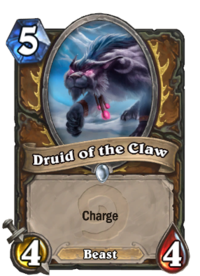 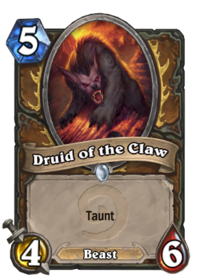 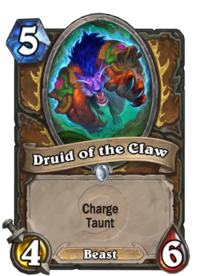 Unlike the similar Ancient of War, the basic Druid of the Claw card transforms[1] into the chosen minion, producing a wholly separate card. Most significantly, the Bear Form Druid's base Health is 6 (not 4) and this will not be lost if Silenced. This makes Bear Form Druid almost strictly better than Fen Creeper (Bear Form Druid is vulnerable to Hemet Nesingwary).

Summon
Where shall I strike?

Attack
My strength is yours.

These ancient druids have adopted the totem of the bear and use the powers of their totem to defend their society from any external threats. They are fond of assuming Bear Form and roaming in seclusion throughout the wildlands of Kalimdor. When riled, the Druids of the Claw display ferocious power and stamina. Their magical spells augment their allies' fighting skills and bravery as well. 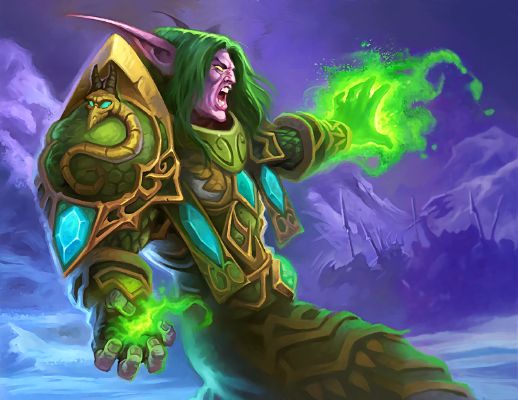 Druid of the Claw, full art