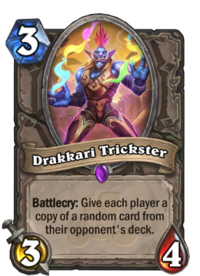 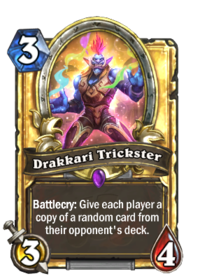 Battlecry: Give each player a copy of a random card from their opponent's deck.

Drakkari Trickster is a epic neutral minion card, from the Rastakhan's Rumble set.

Summon
Don't blink, ya might miss it!
Attack
'Ey, too slow!