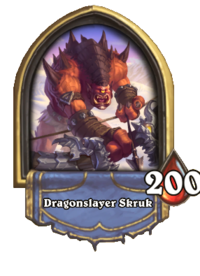 Story
A dragonslayer is loose? Time-twisting Chromie will take him out.
Heroic
Can you defeat the Dragonslayer on your own?

Dragonslayer Skruk is a boss encounter in Galakrond's Awakening adventure. It is the second encounter of Chapter 3 of Explorers campaign: Air Battle Over Dragonblight.

The boss for this encounter is Dragonslayer Skruk, while the hero the player controls in Story mode is Chromie, then Chronormu if the player dies the first time. 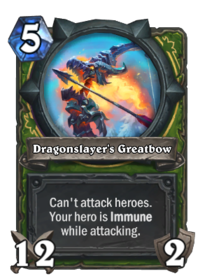 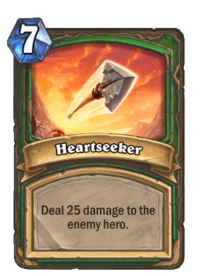 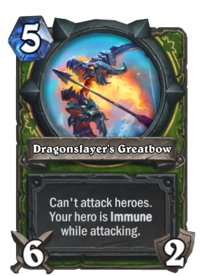 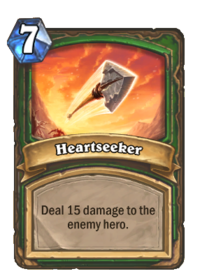 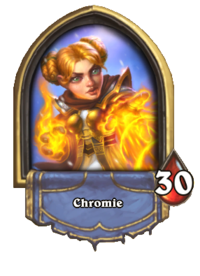 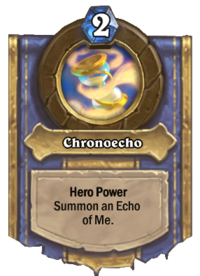 If the player dies the first time, the game restarts with a new hero, Chronormu: 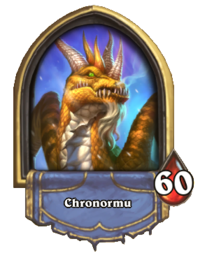 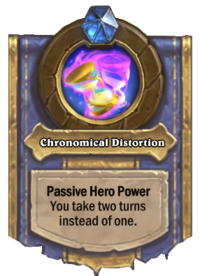 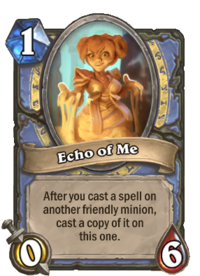 Despite the threatening appearance of the fight, it won't be too difficult to defeat once you become Chronormu. The extra turn each turn will let you very rapidly outpace Skruk's hero power and board. All of your minions will effectively have Charge/Windfury, stomping over his deck. Just be sure to clear whatever minions he plays before focusing him down.

If you are looking to defeat Skruk as Chromie for a challenge run, it can be done, albeit with some luck required. If you can get a Bronze Explorer on the board and properly buffed before he casts Heartseeker, you can recover from the damage and swarm him with large Echoes.

Because of Skruk's immense health pool and rapidly growing minions, it's impossible to fight this boss head-on. You will need to use decks with massive amounts of stall cards like Frost Nova and Blizzard, or plenty of hard removal. The best classes to fight Skruk are Rogue and Mage. Skruk almost exclusively plays a single minion each turn, so having enough sizable Taunt minions will also slow him down. Beware of his direct removal in the form of weapons, however.

Returning minions to Skruk's hand will remove all of their buffs, making Vanish and Sap great stalling tools for a Rogue deck.

Since Skruk uses Dispatch Kodos alongside Heartseeker, it will be necessary to bring healing or armor gain. Ice Block can prevent lethal damage.

Once Skruk has been properly stalled, you need to set up a win condition. Simple candidates are Alexstrasza and some direct damage spells to finish him, or a Mecha'thun deck. See Mecha'thun's page for possible combos. Uther of the Ebon Blade is another option, although assembling The Four Horsemen is a lot more difficult. 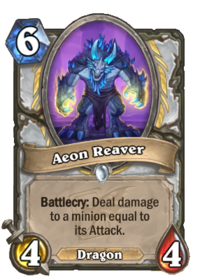 Elise
That Gronn menace is downing our dragons! We need help!

Chromie
Hmm. I don't remember how this one goes. That's… not good!

Dragonslayer Skruk
Your time tricks not gonna work on Skruk!
Chromie
We've got to stop this guy before he hurts too many dragons!

Chronormu
Feel the full power of a bronze dragon, you big bully!

Turn 6 onwards - boss with no Heartseeker in hand

No get out of this one, time whelp!
Big arrow here, goodbye dragon!

Chromie
Wowee. Let's take him more seriously this time.
Chromie the gnome couldn't beat him… but Chromie the dragon can!
Let's go back a few turns… ok, there. Time, resume!
Dragonslayer Skruk
I got a BIG surprise for pesky dragon like you.
Have Skruk said that before? 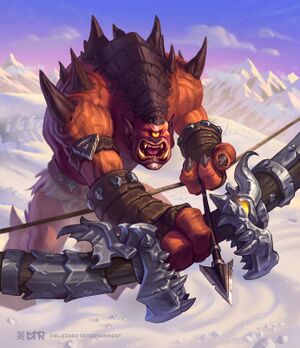 Dragonslayers… slay them!
Crush them, do not give them a chance!
Tear them from the skies!

So many dragons to crush… so little time!

Gruul!? Skruk your number one fan. 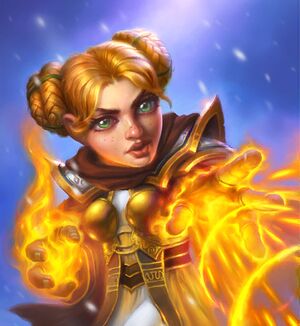 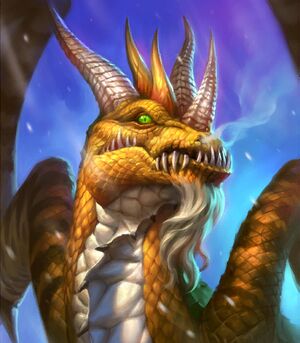